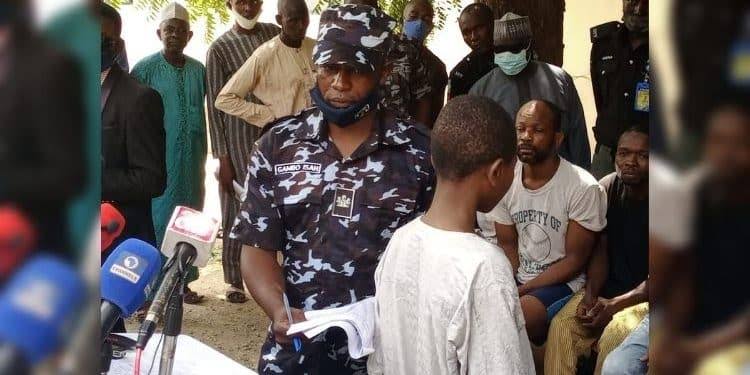 14-year-old bandit arrested, narrates how he started using AK47, reveals how many people he has killed

The Police Public Relations Officer in the State, SP Gambo Isah, paraded the teenager before pressmen on Friday, at the state police command headquarters.

The 14-year-old bandit, (name withheld), said he was arrested by the Jibiya vigilantes and handed over to the police after he returned from the forest.

While fielding questions from newsmen, the underage bandit further revealed that he was taught how to use gun by their leader whom he simply identified as Malik

“Malik, our leader, taught me how to use the AK-47 rifle in the forest. When we attacked Mallamawa village, I shot and killed two persons. I have also been involved in several cattle rustling attacks. On one occasion, I was given N50,000 as my share which I handed to Malik,” the teenage bandit said.

SP Gambo said the teenager was also involved in the attack on Dankulumbo, Kukar Babangida village among others in Jibiya Local Government Area where several cows were rustled.

According to him, efforts are in top gear to bring their Commander, Maliki under Police net.