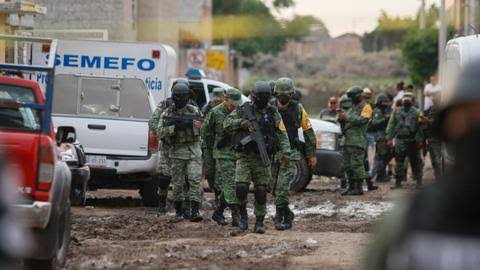 The incident, which was reported to have occured at a drug rehabilitation facility in the central Mexican city of Irapuato on Wednesday, according to Mexican police claimed the live of at least 24 people while 7 others sustained various degrees of injuries.

According to the report from the Mexican police, the attack underlined the challenge the government has in fulfilling a pledge to stop gang violence.

It would be noted that Guanajuato, a major car-making hub in the country, has become a main target for gunmen as several criminal violence have been recorded in the place.

Meanwhile, rehabilitation centres, majorly in Mexico are known to have been targeted by criminal gangs for the control of the drug business.

According to AFP, the recent killing in Irapuato, represents one of the worst mass slayings since President Andres Manuel Lopez Obrador took over.