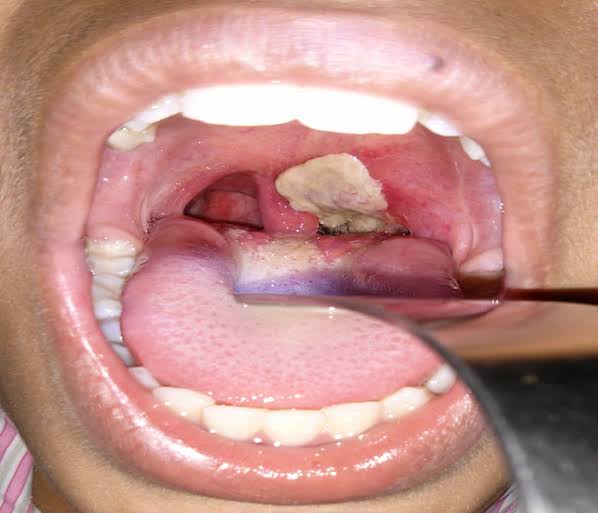 About 123 cases of Diphtheria disease and 38 deaths have been confirmed by the Nigeria Centre for Disease Control and Prevention (NCDC) in four states.

Dr Pricilla Ibekwe, Head of Special Projects and Partnerships Unit at NCDC, disclosed this on Monday in Abuja during the Ministerial bi-weekly meeting on the update of COVID-19 response and development in the country’s health sector.

Ibekwe said that in addition to clinically suspected cases, there had been laboratory-confirmed cases of the disease.

She said the NCDC was working with State Ministries of Health and partners to enhance surveillance and response to the outbreak.

Ibekwe said that based on the latest reports from states shared with the agency as of Jan. 22, about 123 confirmed cases and 38 deaths were recorded in four states.

She gave a state-by-state breakdown as follows: Kano – 100 confirmed cases and 32 deaths; Lagos – five cases and three deaths; Yobe – 17 cases and 3 deaths, while Osun reported a case and zero death.

Ibekwe said that Diphtheria was a serious bacterial infection caused by the bacterium called Corynebacterium species affecting the nose, throat, and sometimes, skin of an individual.

According to her, Diphtheria spreads easily between people through direct contact with infected people’s droplets from coughing or sneezing, and contact with contaminated clothing and objects.

“People most at risk include children and adults who have not received any dose of the pentavalent vaccine.

“The onset of signs of the disease usually starts after two to 10 days of exposure to the bacteria,” she said.

“In severe cases, a thick grey or white patch appears on the tonsils and/or at the back of the throat associated with difficulty in breathing,” she said.

She said complications from diphtheria included airway blockage, damage to the heart muscle, nerve damage, and kidney failure. However, for some people, respiratory diphtheria can lead to death.

She said the agency was collaborating with the UK Health Security Agency (UKHSA) to organise a 5-day workshop on enhancing laboratory diagnosis of diphtheria in Nigeria.

Ibekwe said the workshop was for laboratory scientists working in NCDC’s National Reference Laboratories and its lab network.

“This was planned before cases were reported as part of preparedness,” she said.

Ibekwe said that the agency had written to all state Hospitals and Community Health Services to institute immediate and necessary public health measures for timely detection and response to diphtheria at the state level.

“Such advices included parents ensuring that their children are fully vaccinated against diphtheria with 3 doses of the pentavalent vaccine.

“Healthcare workers should maintain a high index of suspicion for diphtheria.

“Individuals with signs and symptoms suggestive of diphtheria should isolate themselves and notify the LGA, DSNO or the NCDC through our toll-free line (6232),” she said.