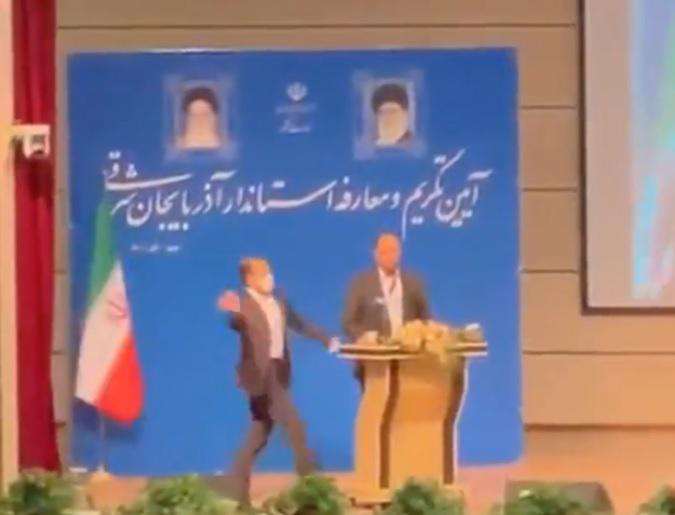 The Governor of a north-western Iranian province was slapped in the face by an angry man during his inauguration on Saturday in an unusual breach of security in the Islamic Republic.

A motive for the attack in Iran’s East Azerbaijan province remained unclear, though it targeted a new provincial Governor who once served in the country’s paramilitary Revolutionary Guard and reportedly had been kidnapped at one point by rebel forces in Syria. One report referred to it as a personal dispute.

The new Governor, Brig Gen Abedin Khorram, had taken the podium in the provincial capital of Tabriz when the man strode out from offstage and immediately swung at the official. Video aired by State television recorded the gathered crowd gasping in shock and the sound of the slap echoing on the sound system. It took several seconds before plainclothes security forces reached him.

They dragged the man off through a side door, knocking down a curtain. Others rushed in, knocking into each other.

Later footage showed Khorram returning to the stage to speak to the unsettled crowd, now all standing up.

“I do not know him of course but you should know that, although I did not want to say it, when I was in Syria I would get whipped by the enemy 10 times a day and would be beaten up,” he said. “More than 10 times, they would hold a loaded gun to my head. I consider him on a par with those enemies but forgive him.”