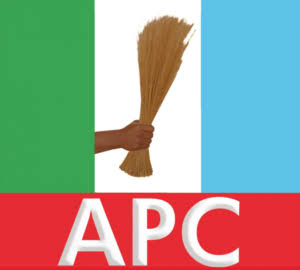 The report says that Yobe State Governor, Mai Mala Buni, who is also the Chairman of the APC Caretaker Committee; is handling negotiations alongside Governor Yahaya Bello of Kogi State.

An undisclosed source within the APC told PUNCH that Governor Ifeanyi Uguwanyi of Enugu State was also being targeted by the APC but had declined their approach to bring him in.

“Uguwanyi has been targeted but he is proving stubborn. Our aim is to ensure that we have at least three South-East states out of the five ahead of the 2023 elections. If we cannot get Ugwuanyi, we will ensure that we win the Anambra governorship election which comes up later in the year,” he said.

Although, the Governor Matawalle of Zamfara State had already been accepted by top All Progressives Congress leaders in Zamfara State like a former governor of the state, Senator Ahmed Yerima, who had stated publicly that Matawalle would defect.

A PDP chieftain said, “Matawalle became governor through a Supreme Court ruling. Zamfara State is still very much APC and Matawalle is seeking a second term in office. He has been able to establish a good relationship with President Muhammadu Buhari.

“He has also been at loggerheads with the leadership of the PDP. In November 2020, Matawalle lashed out at the South-South governors of the PDP for generating bad blood in the party.

“He said he was disappointed with the South-South governors for sparking the controversy over the Zamfara gold issue and even said he was not surprised by the decision of Governor Dave Umahi of Ebonyi State to dump the PDP for the APC. He is therefore expected to join APC soon.”

“Bala Mohammed is also seeking a second term. His recent statements on herdsmen and his refusal to blame the Federal Government are due to his relationship with the Presidency. We have made frantic efforts to keep him in the party but it seems he may have made up his mind,” he said.

On the part of Governor Ayade of Cross River State, it was learnt that he had fallen out with his predecessor, Senator Liyel Imoke. And that Ayade had lost control of the PDP structure within the state.

A former Minister of Aviation, Chief Femi Fani-Kayode, is also expected to leave the PDP soon along with some governors before the registration exercise of the APC ends.

“The recent membership drive is being championed by Governor Buni, Governor Yahaya Bello; Governor Atiku Bagudu of Kebbi State and the Attorney-General of the Federation, Abubakar Malami (SAN). These are people who have the power to give you what the PDP cannot give.

“They have the President’s backing to make promises and keep them. They are not like Bola Tinubu and Adams Oshiomhole who were not empowered by the President,” a former governor stated.

Meanwhile, it was learnt that former President Goodluck Jonathan had not made any commitment to join the APC as of Saturday evening.

An associate of the former President said indeed Jonathan was not happy with the PDP which informed his support for the APC candidate in the last governorship election in his home state of Bayelsa, Mr. David Lyon.

It was, however, learnt that Jonathan saw the move as too risky.

“Jonathan would have joined the APC but the problem is that it is too risky. At his level, the only thing you can promise him is the Presidency and no one can promise him that seat because politics is too unpredictable. So, for now, he will remain in the PDP,” he said.

The National Chairman of the PDP, Prince Uche Secondus, had on Saturday alleged that the leadership of the APC is giving false promises to some members of the opposition party to enable them to defect to the ruling party.

The chairman told journalists that there had been many moves by the ruling party to woo members of the PDP into its fold, saying the purpose of the APC was to get hold of the PDP members, only to deny them from any meaningful role subsequently.

Previous JUST IN; My husband lacks capacity to impregnate me – House wife cries for help
Next Sheikh Gumi had meeting with bandits near Military post – Former DSS Director 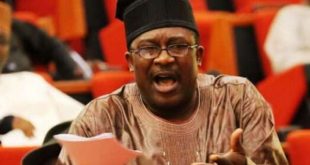 JUST IN; I am not a drunkard, Governor replies Senator Smart Adeyemi 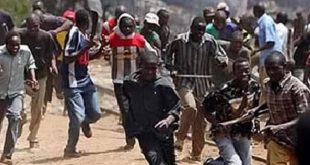 JUST IN; Governor threatens to clampdown on political leaders over communal clashes 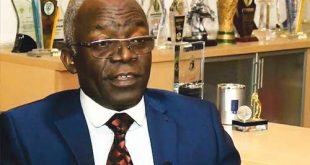 Tinubu, Buhari, El-Rufai others were not arrested when they asked Jonathan to resign – Falana 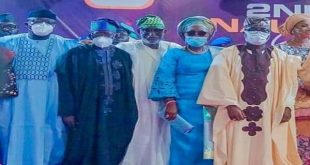