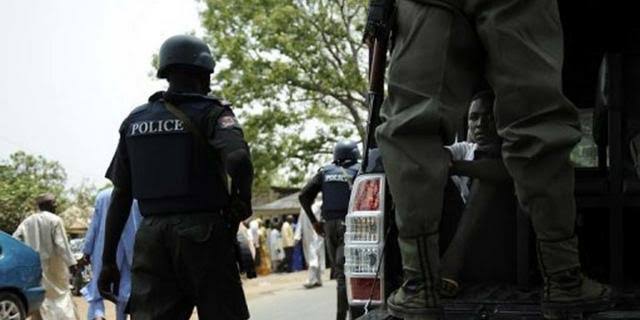 APC Chairman, other suspects arrested by Police operatives over killings

APC Chairman, other suspects arrested by Police operatives over killings

Following the killing of three persons in Ekoli-Edda community in Afikpo South local government area of Ebonyi State, the State Police command hace arrested the All Progressives Congress (APC) chairman, Hon Stanley Emegha, the Afikpo North/Afikpo South federal constituency candidate of the party, Hon Eni Uduma Chima, an Ebubeagu operative, one Nnamdi Omeoha and 23 others in the rift that led to the

The victims, according to the police, included a police inspector Festus Akpan, a youth leader, Eseni Kalu Egwu, the younger brother to the state APC chairman, Mr Emeh Orji. Several houses and vehicles were burnt during the crisis.

Briefing journalists in Abakaliki, the Ebonyi State capital, the police public relations officer, Chris Anyanwu, said the command embarked on a scrupulous intelligence investigation into the crime to unravel the causes, as well as fish out the perpetrators.

Anyanwu said that exhibits recovered from the suspects include, one AK-47 rifle and its live ammunition, two pump-action rifles, one dane gun, one village gong, one trumpet and three AK-47 magazines.

He noted that according to the confessional statements of the suspects, the fracas that engulfed the community started at about 4pm, adding that the face-off was between the security aides of the party chairman and the National Assembly candidate.

The police spokesperson said the cause of the showdown was the protracted political rivalry between Emegha and Eni, adding that the visit of the APC chairman to his village with his aides infuriated sections of the youths who are loyal to Enu.

He said the war songs chanted by Egwu Chinedu, the village town crier galvanised the youths into further action adding that an attempt to arrest one Arua who is said to be the leader of the Ekoli-Edda youth warriors, brought in the warriors who were reserved for the purpose of fighting in the boundary dispute between them and Cross Rivers State.

He said that the warriors wielded sophisticated prohibited firearms and their actions further degenerated the situation.

Anyanwu said that 14 of the suspects arrested would be arraigned immediately in court as prima facie case of murder, conspiracy, armed robbery, arson, unlawful possession and malicious damage established against them.