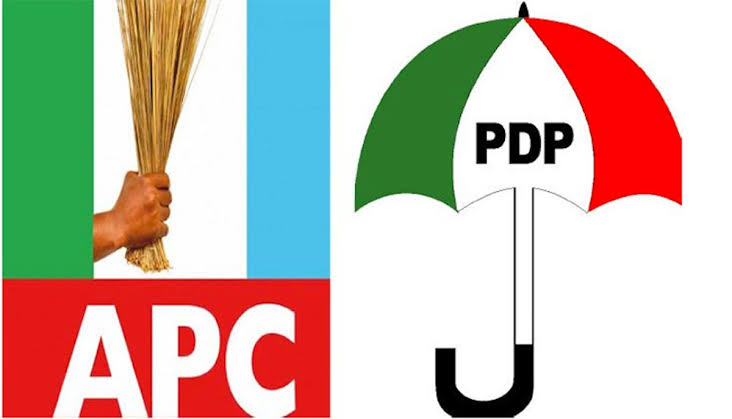 The Chairman of the faction of the All Progressives Congress, (APC), in Enugu state former President of the Senate, Chief Ken Nnamani has endorsed the gubernatorial candidature of the Peoples Democratic Party (PDP) in the state, Mr. Peter Mbah, as their preferred candidate for the March 11 Governorship election in the state.

Other groups that endorsed the PDP candidate included the clergy, the traditional institution and other major stakeholders in Enugu state such as Senator Jim Nwobodo, Governor Ifeanyi Ugwuanyi, among others.

The APC and other leaders of the state made their position at the Michael Okpara Square, Enugu, during a rally organized by the Enugu East Senatorial Zone chapter of the PDP, on Friday.

The Enugu APC Chieftains made their position known through the immediate past chairman of the party in the State, Dr. Ben Nwoye, and their supporters who spoke at the rally, saying that they were sent by Senate Ken Nnamani and other members of their party.

Recall that the Ken Nnamani faction of the APC had on Wednesday, last week, boycotted the presidential rally of the party when their presidential candidate, Asiwaju Bola Tinubu came for the campaign.

Speaking at the PDP Podium, the former APC state Chairman, Nwoye, said he came to represent Senator Ken Nnamani, as well as in his personal capacity, disclosing that having assessed all the guber candidates in the state, Mbah stood out.

“Peter Mbah is the incoming governor of Enugu State. We have looked at everything, we studied your manifesto and character, we looked at your temperament and you stood out among others.

“We concluded that the decision on the leadership of Enugu State should not be by party, I’m a member of APC but I and my followers will vote for you,” Nwoye said.

He, however, said they would support Bola Ahmed Tinubu for the presidential election.

He said, “I’m a member of the APC PCC but after February 25, we are going to turn everything to Barr. Peter Mbah.”

Governor of Enugu State, Rt. Hon. Ifeanyi Ugwuanyi recalled that he was at the Oganiru Enugu East rally last year, where he assured that equity, justice and dialogue would take preeminence.

“Today that prophecy has come to pass,” he said, describing the PDP guber primary which produced Mbah as free, fair and credible.

He lauded other PDP guber aspirants for agreeing to work with Peter Mbah.

He said Mbah has a knack for excellent performance and would not fail the yearnings of the Enugu people, stressing “our tomorrow is here indeed.”

He congratulated Mbah for winning the trust of the people of Enugu East, expressing optimism that it is the same situation in the other zones.

Governor Ugwuanyi called on the people of the State to ensure that they collect their Permanent Voter’s Card, PVC.

Nwobodo appreciated Governor Ugwuanyi “for being a man of his words. He kept to his words and today we are here celebrating a young, vibrant man as the Governor in waiting.

“Your Excellency, anyone who says you will not go to the Senate is lying. You deserve it. It is your right. There is peace in Enugu courtesy of your administration. How can you be abusing someone who has given you peace? You shall go to the Senate, we shall campaign for you.