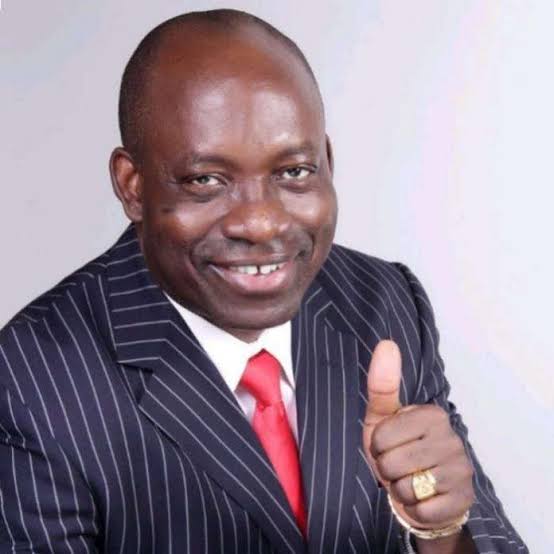 The All Progressives Congress, APC, has sacked its public secretary, in Anambra State, Mr. Okelo Madukaife for congratulating the winner of the just concluded Governorship election, Professor Charles Soludo.

The State Chairman of the Party, Mr. Basil Ejidike stated this at a press briefing in Awka, saying that Okelo was suspended in June this year and therefore has no reason to be parading himself as an official of APC.

According to the Party Chairman, Okelo has continued to parade himself to the public as Publicity Secretary to the extent that he appeared on a National Television to congratulate Prof Chukwuma Soludo as the winner of the governorship election when the party hierarchy was still studying the outcome of the exercise.

Ejidike said: ” kelo was suspended in June this year. Someone who was suspended from the party went on air claiming to be making statements on behalf of the party and we feel disturbed. We feel that such a situation should not be allowed.

“Since June 2021, Okelo has been raining abuses on APC and its leadership and to put the records straight, he has not been attending meetings and activities of the party.

“His suspension followed his indictment over his involvement in anti party activities.

“He has since then been replaced by the state assistant publicity secretary, Mr. Nonso Chinwuba in line with the constitution of the party.

“The party therefore enjoins the general public and the media in particular to desist from dealing with him as agent of APC. As it stands, Okelo Madukaife does not belong to APC.

On behalf of APC, I want to state that the statements credited to the suspended publicity secretary, Mr. Okelo Madukaife were not the position of the APC in Anambra State.

“We wish to state categorically that as far as the Anambra Governorship poll is concerned we have not congratulated anybody as the party is still studying the situation with a view to approaching the court to challenge the poll”.

Share
JUST IN; Younger brother of Aliko Dangote, Sani Dangote is dead Previous post
I don’t know what happened to the camera I picked at Lekki tollgate - Fashola Next post