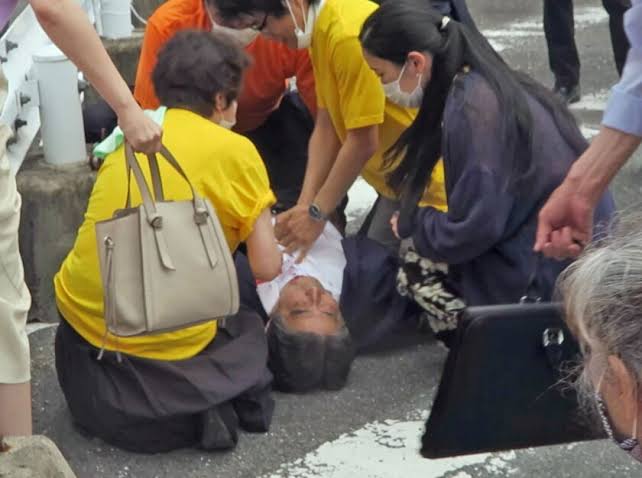 A former Prime Minister of Japan Shinzo Abe has died, aged 67, after being shot while making a speech in the western Japanese city of Nara.

Abe, the country’s longest-serving Prime Minister until he resigned in 2020, was flown to hospital by helicopter after the attack. His death was first reported by the public broadcaster NHK.

Footage and accounts broadcast by Japanese media showed Abe’s speech interrupted by two loud bangs – possibly from a shotgun – and smoke, with Abe stumbling to the ground after the second shot. TBS Television reported that he had been shot on the left side of his chest and apparently also in the neck. NHK had initially quoted firefighters as saying Abe showed no vital signs.

Moments later, members of Abe’s security detail wrestled a man to the ground metres behind the former prime minister. The suspect was wearing a grey shirt, light brown trousers and grey trainers. His face was partly obscured by a surgical mask. He reportedly did not attempt to flee before being detained at the scene.