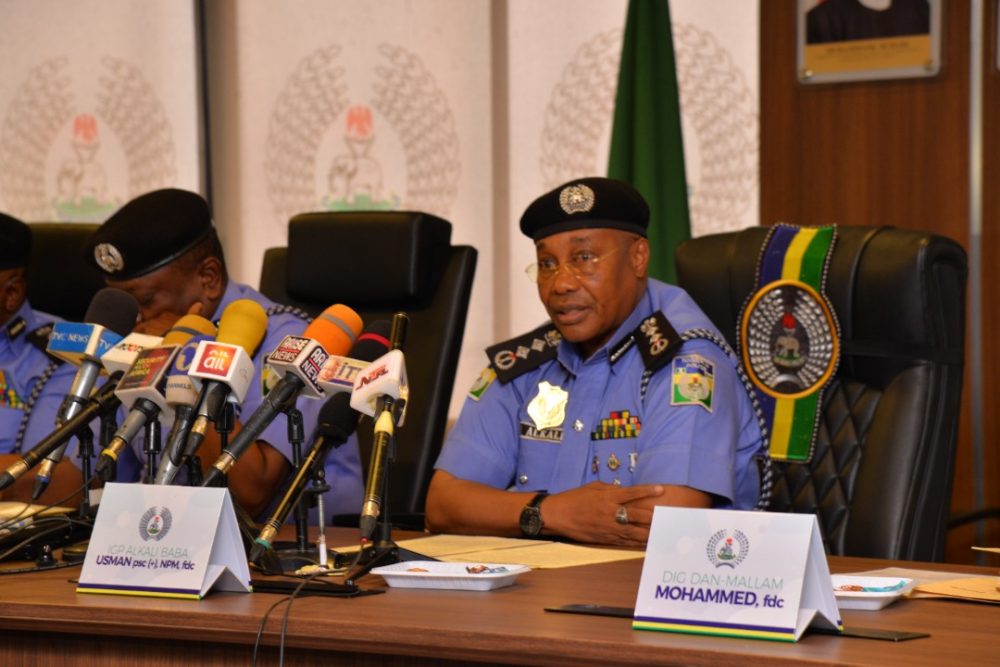 Ahead of the 2023 general elections, the Inspector-General of Police, IGP Usman Alkali Baba, has charged all strategic police managers to boost the security of their public space towards guaranteeing a crime-free and enabling environment for political campaigns and other components of the electoral process.

The IGP disclosed this along with the Force Management Team, during a meeting with Strategic Police Managers comprising Assistant Inspectors-General of Police, and Commissioners of Police across Zonal, State Commands.

In a statement issued on Thursday by Force Public Relations Officer, CSP Olumuyiwa Adejobi, the aim of the meeting was “to review evolving political programmes laid down by the Independent National Electoral Commission (INEC) and chart clear pathways for a smooth electoral process in the countdown to the elections.”

“The IGP charged all officers present to boost the security of their public space towards guaranteeing a crime-free and enabling environment for political campaigns and other components of the electoral process noting that following the announcement by the INEC for the commencement of electioneering campaigns by all political parties from 28th September, 2022, the national political space will become very active and susceptible to increase in politically related offences.”

“The IGP tasked all Strategic Police Managers on discharging their duties before, during, and after the electioneering process in line with the dictates of the Electoral Act 2022, and the Code of Conduct and Rules of Engagement for Security Personnel on Election Duty issued in 2020 by the Inter-Agency Consultative Committee on Election Security (ICCES).”

“Similarly, the IGP emphasized the fact that all quasi-security outfits established by various state governments and local communities operating under different nomenclatures, structures, and orientations have no legal roles under the Electoral Act and in the electoral process.”

“He therefore directed all Police Managers to ensure they are not utilized by political or community actors for any role during the electioneering campaign and other electoral processes as such would amount to an illegality, a threat to national security, and inimical to the nation’s democratic interest.”

“The Inspector-General of Police urged all Assistant Inspectors-General of Police and Commissioners of Police in charge of Zonal and State Commands to work assiduously and engage an all-inclusive approach by liaising with Resident Electoral Commissioners, leadership of political parties in their commands and all relevant stakeholders, increase intelligence gathering activities, and upscale deployments to achieve the goal of re-energising the Force to sustain a stable internal security order.”