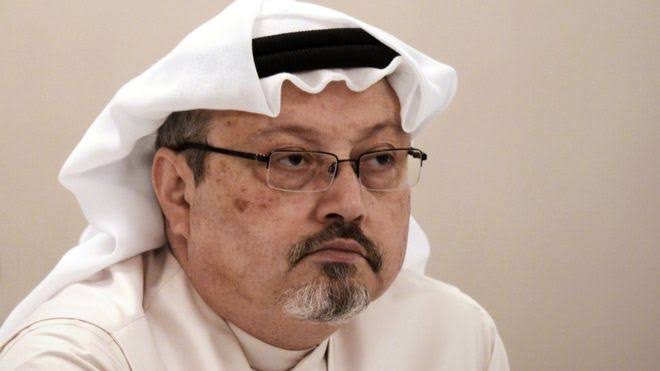 Saudi Arabia has sentenced five people to 20 years in prison over the murder of Jamal Khashoggi, a Saudi Arabian reporter, reducing initial death sentences. 3 other people were also ordered to serve between 7 to 10 years in prison.

The final verdicts were handed down by Riyadh Criminal Court on Monday. The names of the suspects were not made public.

The Five suspects were spared from execution after Mr Khashoggi’s son, Salah Khashoggi, pardoned those involved in the killing in May 2019, a move labelled as a “parody of justice” by a UN expert.

Khashoggi’s sons in May, said that they had ‘pardoned’ the killers, giving a legal reprieve to the five who were sentenced to death and sparing their execution.

His son, Salah Khashoggi, tweeted: “In this blessed night of the blessed month (of Ramadan) we remember God’s saying: If a person forgives and makes reconciliation, his reward is due from Allah.”

It could be recalled that Khashoggi, a critic of Saudi Crown Prince Mohammed bin Salman, was last seen on October 2, 2018 at the Saudi consulate in Istanbul, where he had gone to obtain documents for his impending wedding.

Turkish officials allege he was killed and then his body was dismembered and removed from the building. His remains, till date have not been found.