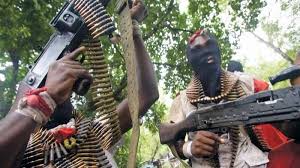 A woman and her daughter along side 4 others have been abducted by unknown men suspected to be kidnappers, at Janruwa, Patrick Yakowa way area of Kaduna Metropolis.

According to an eye witness account, the the incident occurred in the early hours of Saturday when the bandits stormed the community and started forcing their ways into people’s houses.

An eyewitness, Mr. Babalola Mathew, said: “It was a commando like adventure. They (bandits) stormed our community around past 10pm and raided four houses, kidnapped six people, including a woman, two young female teenagers, two young men and a grown up man.”

“They picked most of the victims through the windows after shattering the window glasses and removing the burglaries. They ordered everyone out.”

The only grown up woman among those kidnapped was said to be a Policewoman.

“She heard when they were attempting to break into her house, so she ran out, not knowing that they (bandits) were many outside.”

“So, those waiting outside her house just picked her. Her daughter, putting on only a small wrapper around her chest, who also followed her mother was equally taken.”

“The kidnappers did not stop there, they also went inside her house to ransack the house, but her other children, a boy and another girl had ran into hiding,” Mathew narrated.

The Kaduna Police Command’s PPRO, ASP Muhammad Jalige, at the time of filling this report has promised get more details about the incident from the divisional police officer (DPO) of the area.