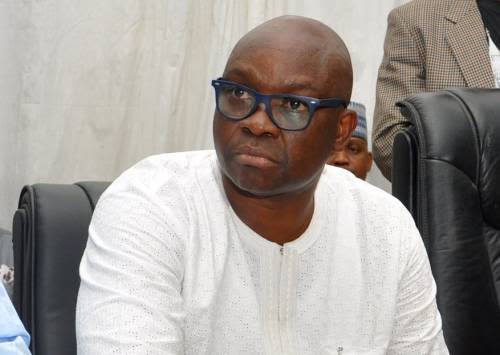 Olayinka was brought before Chief Magistrate, Mr Adesoji Adegboye on a three count charge of abuse of office, stealing and fraud.

The police prosecutor, Inspector Johnson Okunade, said the defendant committed the offence between 2014 and 2018 while over-seeing the Ekiti State Broadcasting Service at Ilokun area in Ado-Ekiti, the state capital.

He alleged that the defendant, as a public officer grossly abuse his office when he fail to remit N13. 5m revenue accrued to the Broadcasting service into the government’s coffer.

He told the court that the defendant, being the DG of the broadcasting station obtained N7m under false pretense as travelling allowance from the agency’s account.

Okunade added that the defendant deliberately stole N13.5m belonging to the Broadcasting Service of Ekiti State to his own personal use.

He asked the court for adjournment to enable him to study the case file and present his witnesses.

The defendant pleaded not guilty to the charges.

His counsel, Former Attorney General of Ekiti State, Mr Kolapo Kolade, urged the court to grant his client bail, with a promise that he would not jump bail.

The Chief Magistrate Adegboye granted bail to the defendant in the sum of N1 million with two sureties in like sum and having a verifiable addresses.

Adegboye ruled that one of the sureties must be a community leader, while the second must produce a proof of landed ownership.

He adjourned the case until April 27 for hearing.