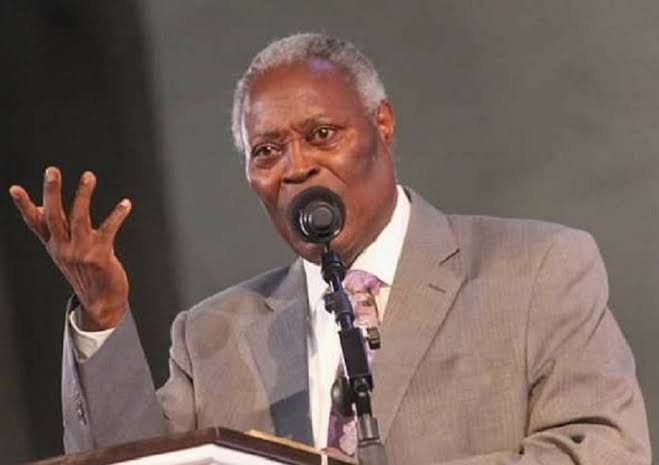 The Indigenous People of Biafra (IPOB) has told the General Superintendent of Deeper Christian Life Ministry, Pastor William Kumuyi, to take note of the ugly security in the South-East zone and cancel the crusade he has scheduled to hold in Aba, Abia State.

According to Nigerian Tribune, Pastor Kumuyi is planning to hold a six-day gospel crusade scheduled to take place from May 24 to 29, 2022 in Aba, Abia State.

IPOB stated that it will not allow anybody to die because of this crusade as there are high chances of criminals operating as unknown gunmen infiltrating the crusade and blaming it on IPOB.

In a statement signed by the Media and Publicity Secretary, Comrade Emma Powerful, IPOB urged the cleric to pray for an end to the insecurity in Biafra land and tasked Christians to engage God in fervent prayers to expose all those behind the insecurity in the land.

“The Indigenous People of Biafra (IPOB), ably led by our great leader Mazi Nnamdi Kanu wish to advise Pastor Kumuyi of Deeper life Ministry to take note of the security situation in the South East as he comes to Aba for his gospel crusade. Let him and the organisers of the crusade make sure that nothing happens.

“The security of this region is not good because of political and criminal activities. Therefore, we advise him to stop this crusade for security reasons.”

The pro-Biafra group further asked Kumuyi to pray against wicked leaders in Biafra land and Nigeria, stressing that they are the real problems of the people.

“Let him use the opportunity to pray against the powers holding people captive in Nigeria in his church in Lagos.

In response, the Christian Association of Nigeria (CAN) has appealed to IPOB to allow Pastor Kumuyi, hold his crusade in Abia State.

The spokesperson for CAN, Adebayo Oladeji, in an interview said Kumuyi’s coming to the state would be a blessing to the people of the state.

He added that bloodshed and other forms of insecurity in the state and the South-East require God’s intervention.

Oladeji said, “It is unfortunate that we have killings going on in the South-East. If the political will is there, I believe the killings in the region would have ended.

“We have a situation where you have IPOB declaring sit-at-home and despite the assurance by the government, people will decide to listen to IPOB. Is that what Nigeria should be? This is the situation we find ourselves in.

“If IPOB issued such a statement, it is just a reflection of what we are going through in the country. This situation is a precarious one. What CAN will say is that our politicians are in the rat race again. We should open our eyes and vote for people who can protect us.

“There’s nothing we can do than to appeal to them (IPOB). We want IPOB to know that his coming to that part of the country is going to be a blessing and bring victory to the people of the state and the region at large.”