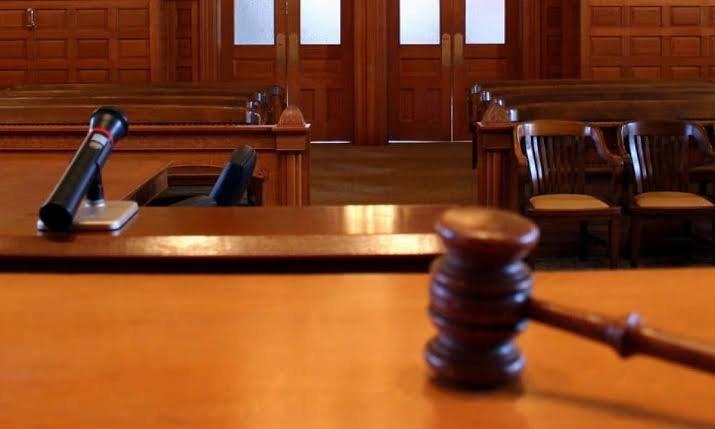 On Friday, drama ensued as the Peoples Democratic Party governorship aspirant in Rivers State, Farah Dagogo, was brought into the State High Court by three police officers in Port Harcourt, the state capital.

Dagogo, who appeared to be unconscious, was transported to the court in a police van and hand-lifted into the court by operatives, his hands dangling from side to side on their shoulders.

His lawyer was reportedly unaware that the federal legislator would be hauled to court on Friday, thus he was not present.

Justice Chiwendu Nwogu, the presiding judge, who had previously deferred the case till Monday next week, ordered that Dagogo be remanded at the Port Harcourt Correctional Centre because he was too frail to stand trial.

Dagogo is set to appear in Court next Monday from the penitentiary institution located on Dockyard road in the old Port Harcourt municipality.

Journalists were restricted from accessing the courtroom and prevented from taking images of some state government officials.

Meanwhile, Ibrahim Lawal, Dagogo’s Special Adviser for Media and Publicity, expressed disappointment that his boss was dragged to court despite his failing health.

Lawal claimed in a statement released shortly after the court session that Dagogo’s case had been delayed to May 16, 2022, only to be brought back to court today (Friday).

It was gathered the federal lawmaker’s lawyers were not served or informed of the change of date.

The statement reads,” On Friday, May 13, the Rivers State Government under the orders of Governor Nyesom Wike caused his willing ally and tool, the State Police Commissioner, Friday Eboka, for Hon. Doctor Farah Dagogo to be presented in Court despite his very deteriorating health conditions. Chief of Staff to the Governor, Emeka Woke led police officials from Government House to the Court.

“In fact, the police forcefully brought Hon Farah Dagogo on a stretcher, and the Chief of Staff, Emeka Woke, was busy harassing and threatening journalists at the Court from taking videos or pictures of how he was brought in on a stretcher.

“The journalists were further barred from going into the courtroom.

“The High Court, where Hon. Doctor Farah Dagogo was arraigned and had adjourned to May 16, 2022, only for Governor Nyesom Wike and CP Friday Eboka to break all known laws in the Country by bringing the matter forward before Justice Chiwendu Nwogu, today, May 13th.

“This renewed judiciary onslaught by the Rivers State Governor and Police Commissioner, Friday Eboka, was pre-determined to disobey and make a mockery of the Federal High Court Order of May 12, 2022, that granted Hon. Doctor Farah Dagogo’s bail was ignored and disobeyed by Commissioner of Police, Friday Eboka.

“All these are orchestrated and well-planned plots to gradually kill Hon. Doctor Farah Dagogo in Police custody.

“If anything untoward happens to Hon. Doctor Farah Dagogo, the Rivers State Governor, Nyesom Wike, the State Commissioner of Police, Friday Eboka, Camp Commandant to the Governor, Efeturi Irikefe, Chief of Staff to the Governor, Emeka Woke, and others should be held responsible.

“This information is for the world to be aware of the impunity, disregard for the court of law, executive rascality, and other known norms alien to a sane society under democratic clime, being perpetrated by the Governor of Rivers State, Nyesom Wike, who is a lawyer and Police Commissioner Friday Eboka.

“The Judiciary is being raped in Rivers State and the Police has effectively proven to be a political tool of the Rivers State Government.

“We await to see the actions and reactions of the Chief Justice of Nigeria, whose temple of Justice is being desecrated, and the Inspector General of Police, who was supposed to ensure that the Police are responsible for the protection of lives and properties,” Lawal stated.