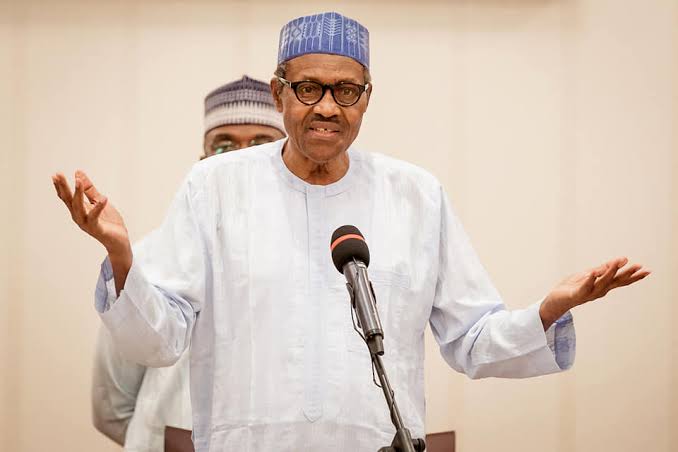 In a step apparently aimed at ensuring that governors of oil-producing states account for the 13 per cent derivation money disbursed to them, the Presidency yesterday revealed that the nine states in the club received N625.43 billion from derivation, subsidy, and SURE-P refunds, from the Federation Account in the last two years.

On the same day, the Delta State Government dissociated Governor Ifeanyi Okowa from the allegation by President Muhammadu Buhari last Thursday that some governors were involved in diverting local government funds, saying Okowa does not tamper with such funds.

A statement signed by the Senior Special Assistant to the President on Media and Publicity, Garba Shehu, and titled, “Oil derivation, subsidy and SURE-P refunds: Nine oil producing states received N625.43 billion in two years; N1.1trn still outstanding,” noted that the Buhari-led regime would continue to render equal service to all the states regardless of affiliation.

It stated that an acknowledgment of the payments by Wike and the others “is not out of place.”According to the statement, “data obtained from the Federation Account Department, Office of the Accountant General of the Federation, shows that a total of N477.2 billion was released to the nine states as refund of the 13 per cent derivation fund on withdrawal from Excess Crude Account (ECA) without deducting derivation from 2004 to 2019, leaving an outstanding balance of N287.04 billion.

“The States also got N64.8 billion as refund of the 13 per cent derivation fund on deductions made by NNPC without payment of derivation to oil producing states from 1999 to December, 2021. The benefitting states still have an outstanding balance of N860.59 billion windfall from the refunds, which was approved by President Muhammadu Buhari.”

“Meanwhile, the benefitting states shared N9.2 billion in three instalments in April, August and November 2022 as refunds on the 13 per cent derivation exchange rate differential on withdrawal from the ECA.

“The three largest benefitting States were Akwa Ibom (N1.6 billion), Delta State (N1.4 billion) and Rivers State (N1.32 billion).“Similarly, all the nine states received N4.7 billion each, totaling N42.34 billion as refunds on withdrawals for subsidy and SURE-P from 2009 to 2015.

The statement emphasised that President Buhari considers it a matter of honour and decency that debts owed to states or anyone for that matter be repaid, and in time without regards to their partisan political affiliations.

It adds: The President will continue to render equal service to all the states of the federation…The refunds to the oil producing states will continue.”The 13 per cent derivation payments became a controversial issue after comments by Wike, alleging that the oil-producing states had refused to disclose their own shares after the federal government released the money.

“Let me say it for the first time. So many people asked me: ‘where is he getting this money’? Let me say it. I want, through the Attorney-General of the Federation, to thank Mr. President. Monies that were not paid to the Niger Delta states since 1999 – the 13 per cent deductions – monies that were not paid, Mr. President approved and paid all of us from the Niger Delta states. And for me, it would be unfair not to tell the public,” Wike said at a project commissioning last month.After the disclosure, each of the governors issued a statement to set records straight and explained how their derivation funds were spent.Delta to Buhari: Okowa Not Among ‘Pilfering’ GovernorsDelta State Government yesterday dissociated Governor Okowa from the allegation by President Buhari that some governors were involved in diverting local government funds.

The Chief Press Secretary to the Governor, Olisa Ifeajika, at a news conference in Asaba said Okowa’s administration had remained transparent and accountable to the people and would never be counted among governors (if any) that steal local government funds.

He stated that in case the President had information that such pilfering happened in some states, “the reverse is the case in Delta, where rather than touch the funds of local governments, the governor gives them nothing less than N300 million monthly to augment their salaries and pension bills, and remain afloat.”

Ifeajika said: “I want to say that Mr. President, as one who has all the information about issues in the country, knows the governors who fall into that category of the so-called ‘thieves’ he was referring to.

“We all know that our own Governor, Senator (Dr.) Ifeanyi Okowa, does not belong there. He was one of the first governors, if not the first, to embrace local government autonomy when it was agreed on, just as he did with the judiciary and the legislature.

“He went as far as getting legislation to grant autonomy to the legislature and the judiciary. He allowed them to run autonomously. And, for a man, who allowed these organs of government to have autonomy, he cannot have anything to do with funds belonging to the local governments.

“You are also aware that the government of Sen. (Dr.) Ifeanyi Okowa recently released N5 billion for pension arrears; N2.5 billion of that was a grant to the local government for payment of pensions.

Wike, who disassociated himself from recent accusation by President Buhari that governors have continued to deliberately deplete remittances released to various councils in their states, claimed he had never tampered with local government funds.

The Rivers State governor, reacted yesterday, at the inauguration of Mgbuosimini Ring and Internal Roads in Rumueme, Obio-Akpor Local Government Area of the state.

Wike said the generalisation done by President Buhari was unfair, while urging him (Buhari) as a true leader to tell Nigerians those governors pilfering council funds.

“I have never and I have no reason to do that. So, Mr. President, tell us who those people are. You know them, tell us. It is not good to make class defamation of governors. Please, I am not one of those governors.

“So, Mr. President, please, spare me, tell Nigerians that the Integrity Governors are not part of them. We have integrity. And do us a favour to announce all those states that are taking local government money because you have the records.”