The convicts were charged with a three-count charge of conspiracy, armed robbery, and murder.

According to the charge, the four convicts, on the 7th day of June 2018 at Ijoka area of Ado Ekiti, within the jurisdiction of the honourable court conspired to commit armed robbery by robbing one Ibrahim Isiaka of his phone and sum of N1500, also on same day, date and aforementioned place they did murder one Muhammed Sanusi.

At the time of committing the offence, they were armed with guns and knives.

According to the eye witness, Ibrahim Isiaka, who testified before the court, “I and the deceased were going to Mosque area to buy food and to charge our phones at Ijoka, around 7:45 pm, while we were approaching the charging center, some hoodlums just appeared and stopped us, they demanded our phones and money, we declined giving them, they dragged me and collected my Tecno phone valued N7,500 and a cash sum of N1,500, when they started beating the deceased, I ran away to call our people.

“Before we got there, they had left but we met the deceased in his pool of own blood having been stabbed in the neck, I recognized the faces of the convicts during the act. The case was later reported at the Police station,” he concluded.

To prove his case, the prosecutor, Barrister Felix Awoniyi called five witnesses and tendered statements of the four convicts and medical reports as exhibits.

The defendants spoke through their counsels, Adeyinka Opaleke, Ekiti State Coordinator of the Legal Aid Council, O. Abiola and A. Ayobioloja, they called no witness.

In his judgment, Justice John Adeyeye said, ‘’It is obvious that the defendants acted in concert as they all agreed to rob Ibrahim Isiaka and Mohammed Sanusi who died as a result of the injury inflicted on him during the robbery.

“In conclusion, the prosecution has successfully proved the three counts of conspiracy to rob, armed robbery and murder preferred against them and they are each convicted accordingly in respect of each of the offences.

“Each of the defendants is cautioned and discharged in count one (Conspiracy), and sentenced to death by hanging until they be dead in count two (Armed Robbery) and count three (Murder), may the Lord have mercy on your souls.” 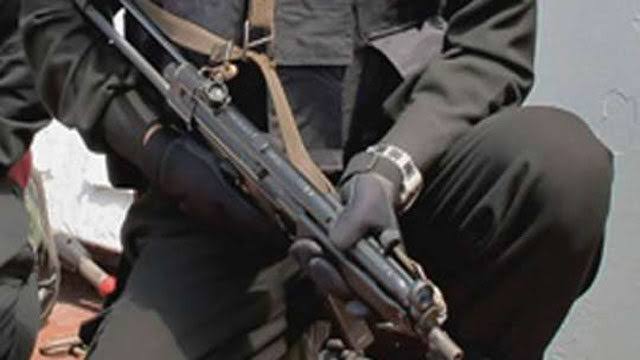