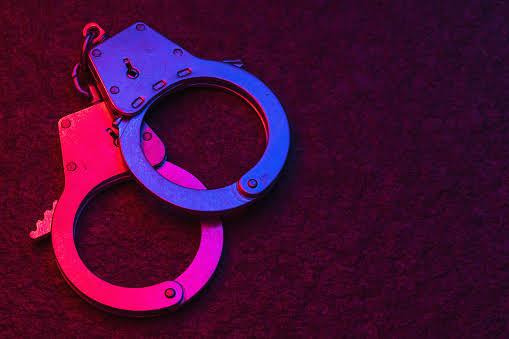 Governorship candidate arrested by armed Police officers on the ‘highway’

Governorship candidate arrested by armed Police officers on the ‘highway’

He is currently being held at the Apo police station in Abuja, but no reason for his detention has been given.

Engr. Dung Jack, the Labour Party’s Deputy Governorship candidate, confirmed the arrest and stated that Amb. Margif was apprehended by armed police officers who pursued him.

“I was together with by Governorship Candidate in Abuja at about 7pm on Thursday moving on the highway when we saw some armed Police officers who block our way and asked us to stop.

“When we stop, they whiskey away with the Governorship candidate and left us there. I thought it was kidnappers that have abducted him and I decided to go to the nearest Police station to report but I was told that he has been taken to Apo Police station.

“I moved to the station and found him there. He is save but we don’t know why he was arrested. I was told that it was Police from Plateau State Police Command that carried out the arrest, we are waiting to know why he was arrested.” He stated.
According to reports, Amb. Margif has been under intense pressure to abandon his governorship ambition in favor of an APC primary election loser.

It was learned that the aspirant who is desperate and insisting on substituting Amb. Margif has done everything in his power to get him to withdraw from the race, but Margif has remained adamant, claiming that the ticket was not for sale because he was in the contest to win.

Several party supporters were seen around the state secretariat in Bukuru as the arrest generated tension, they were complaining bitterly that if Margif is replaced with another candidate, they will abandon the party.

He warned Margif not to drop out of the race because Plateau residents are lining up behind him for the 2023 election.

Unconfirmed source stated that the Labour Party had scheduled to hold fresh Congress in Plateau to elect new Governorship candidate of the party.