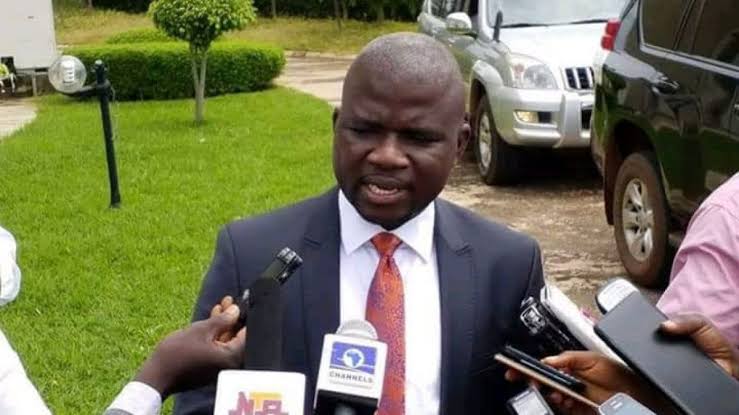 He is not sick, just had minor surgery – Aide reacts to plaster on Gov’s forehead

He is not sick, had minor surgery – Aide reacts to plaster on Gov’s forehead

Contrary to wide reports, Terver Akase, the Special Adviser, Media and Publicity to the Benue State governor, Samuel Ortom, has said that the governor is not sick, but only had a minor surgery recently.

Akase made this known on Wednesday while reacting to questions regarding the plaster on the governor’s forehead.

“A number of people have asked questions about the plaster on Governor Samuel Ortom’s forehead in the last few days. As always Governor whose wellbeing is the concern of his people, it is appropriate that we inform Benue people at all times about his engagements, health and movements.

“Like any other human being, Governor Ortom had a boil on the right side of his forehead and had a minor surgery. The plaster was placed to prevent infection. It is nothing serious to worry about.

“We deeply appreciate all the calls and questions from the good people of Benue State.”

Akase added that Ortom has continued to carry out his engagements, one of which is Wednesday’s Official Commissioning of the reconstructed and upgraded Aper-Aku Lodge at the Benue Peoples House, Makurdi by the Ag. BOT Chairman, Peoples Democratic Party, PDP, Senator Adolphus Wabara.