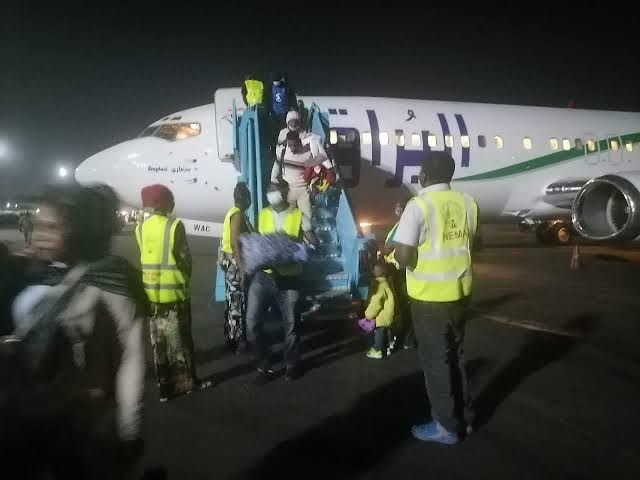 How I left Nigeria as a teenager, became s3x slave in Libya – 21yr-old lady laments

One of the 330 Libya returnees, Azizat Omoniyi, has expressed her regrets in leaving Nigeria at the age of 17, deceived her father by collecting N800,000 from him with the guise of starting a new business, only to travel to Libya through the desert.

Omoniyi revealed that her friend convinced her to travel to Libya, with the goal of working and receiving a monthly salary of ₦120,000.

However, according to the 21-year-old, she wasted her life as she soon found out that she would be working as a slave and a prostitute, which she later raised an equivalent of ₦2 million as a prostitute to free herself from her trafficker.

Omoniyi said, “I will never advise anyone to think of travelling out of this country aimlessly.

“We don’t appreciate what we have until it is lost. Anyone thinking of travelling without set and achievable objectives should forget it,

“From my father’s custody, a friend convinced me to meet her in Ibadan where I was introduced to the idea of travelling to Libya where I was told that I could work and receive a monthly salary of N120,000.

“I deceived my father that I wanted to establish a business and he gave me N800,000, but I used it for the Libyan trip through the desert.

“I became a slave and prostitute in Libya; I am not lying, I raised equivalent of N2 million as a prostitute to free myself from my trafficker.

“I want to go back to school. I stopped schooling at SS2 and have learnt my lessons. “The lessons are very, very bitter, I wasted my life.

“I do not know my father’s location. I lost everything that I thought I could bring back home when the Police raided our house and threw all of us into Prison.

“We were dispossessed of our savings and property. I lost the phone in which l had my father’s contact.”

On Wednesday night, 330 Nigerians, Europe bound, stranded in Libyan cities of Tripoli and Benghazi, were evacuated by the International Organisation for Migration (IOM) and Federal Government.