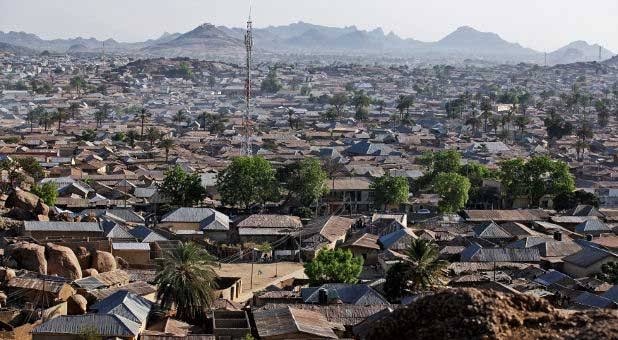 The immediate former Wazirin Bauchi, Muhammadu Bello Kirfi, has said that he will remove the state Governor, Bala Mohammed, from office the same way he brought him to power.
Kirfi, an elder statesman, stated this for the first time after he was sacked by the state government as Wazirin Bauchi.

The the State emirate council said it sacked the former Waziri because of what it described as “disloyalty and disrespect toward the state governor”.

But speaking during a media chat with journalists at his residence in Bauchi on Sunday, he boasted that, “The way I brought him into office will also be the way to get himself out of power.”

He said, “I regard what happens to me as a simple incident because something has been worrying in my mind. I am one those who stood for him to become the governor and I was little bit disappointed.
“This is the worse he can do to me, but it doesn’t matter because I am not gaining anything from the office (Waziri) I am holding in the emir’s palace.

“I was instrumental in bringing him to power in 2019. At the time when Bala needed the critical support to actualise his political ambition, I was there for him all through. I did all I could to see that he emerged victorious against a government that enjoyed federal might at that time.”

Kirfi noted that the governor betrayed the trust of all the political gladiators that made huge sacrifices to bring him to power, adding that nearly four years into the administration, salient issues crucial to the people of the state remained unattended to despite repeated promises.

The octogenarian claim that governor had fought every single political bigwig in Bauchi that worked for his victory in the 2019 general election.

“I leave everything to Almighty Allah. He will judge between what is between me and him,” he added.

When contacted, the Director of Media and Publicity 2023 PDP Gubernatorial Campaign Council, who is also Publicity Secretary of the party, Yayanuwa Zainabari, said that the campaign council was not bothered by the elder statesman’s threat.

He said, “Governor Mohammed is seeking re-election from the Bauchi electorate, not a single individual because it is God that gives power to whom he wills.

“No individual can claim to be responsible for bringing Governor Bala Mohammed to power because it was the people of Bauchi State across different political parties that voted him into office.

“We believe God has destined him to be governor of Bauchi state through the people of the state and we are confident the people will give him another mandate.”