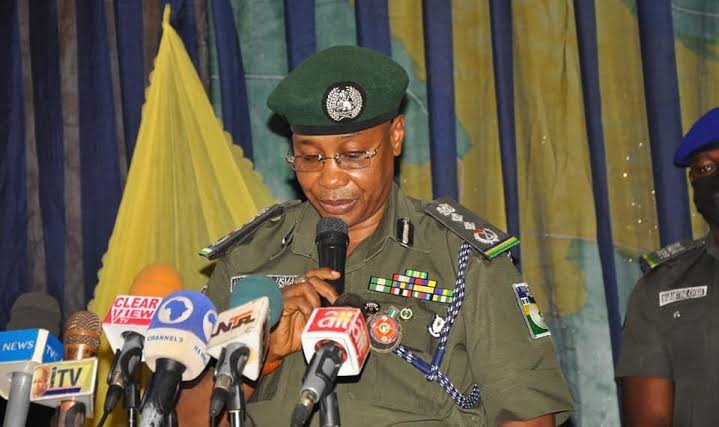 The National Security Adviser (NSA), Maj. General Babagana Monguno and the Inspector-General of Police, IGP Usman Alkali Baba have been urged to take over the investigation of an armourer of Ebonyi State Police Command, Insp. Chika Elom, an ex-soldier, Dr James Agena and others in the communal war.

A group, the Ebonyi First Vanguard, made the call in a statement signed by its Director-Genera, Monday Eze on Monday.

The group said the call was sequel to the news of the arrest of Messrs Elom and Agena, for their alleged complicities in the ongoing communal war in the Effium community of Ebonyi State.

According to the group, the call became necessary because of the incident of April 2021 when over 50 war mercenaries were arrested at the war theatre of Effium community by the GOC 82 Division of the Nigerian Army and handed over to Ebonyi State Police Command for investigation and prosecution were allowed to escape.

The statement reads: “Ebonyi-First Vanguard, having received the news of the arrest of the armourer of Ebonyi State Police Command, (Insp. Chika Elom), an ex-soldier (James Agena) and others, as well as their alleged complicities in the ongoing communal war in Effium community of Ebonyi State, is hereby appealing to the Inspector-general of Police, Usman Alkali Baba, and the National Security Adviser, Major Gen. Babagana Monguno, to take over the investigation of the case to unravel all the sponsors of the war and prosecute them.

“Ebonyi First Vanguard strongly feels that given the alleged involvement of a sensitive officer of Ebonyi State Police Command such as the armourer and other influential persons, it is doubtful that the command will not be influenced if it is allowed to investigate the matter.

“Ebonyi First Vanguard regrets that the communal war which started in January 2021 in Effium community of Ebonyi State wherein thousands of lives of men, women, the physically-challenged and children have been lost has defied Federal Government efforts making people to suspect that highly-placed people and even security agencies have hands in the war.

“Ebonyi First Vanguard believes that if this matter is dispassionately investigated and the criminals brought under the full weight of the law by the Inspector-general of Police and the National Security Adviser, the end of the carnage in Effium community and the waste of the resources of the overstretched Federal Government in Effium community will be in sight”, the group further stated.