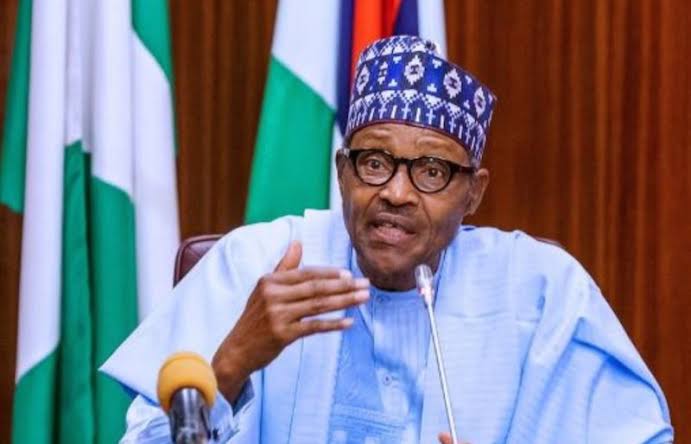 IPOB is like a dot in a circle with no where to go; we will send Military, Police after them – PMB

President Mohammadu Buhari, on Thursday, described the Indigenous People of Biafra (IPOB), as a dot in a circle with no where to go.

CRIMECHANNELS gathered that the President said this during an interview with Arise Television, on Thursday, June 10, 2021.

While noting that people from the South-East have many investment in Nigeria, the President said he will send operatives of the Nigerian Police and Military to pursue them.

He also said that IPOB will not have access to anywhere in the event they eventually break out from Nigeria.

His full statement reads, “That IPOB is just like a dot in a circle. Even if they want to exit, they will have no access to anywhere.”

“And the way they are spread all over the country, having businesses and property, I don’t think IPOB knows what they are talking about.”

“In any case, we say we’ll talk to them in the language that they understand. We’ll organize the police and the military to pursue them.”

“Even if they succeed in breaking out of Nigeria, I assure you that they won’t have access to anywhere, “he said.