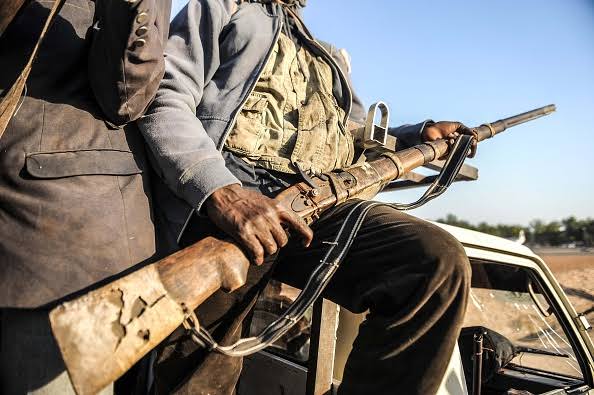 JUST IN; Police officer, 41 others killed as suspected armed men go on rampage

An operative of the Nigerian Police Force has been feared dead after armed men suspected to be bandits attacked Tofa and Samawa villages in Bungudu Local Government Area of Zamfara State. During the course of the deadly attack, a staggering number of 41 farmers were slaughtered.

An indigene of Tofa , who gave his name as Malam Balarabe, told newsmen that the bandits invaded the area when the farmers were planting their crops and others were clearing their farms.

“They came suddenly and began to shoot at the farmers, killing many of them,” Balarabe stressed.

Still speaking, he disclosed that the bandits did not take anything from the villagers during their onslaught, he said they were there to kill.

Meanwhile, the Police Public Relations Officer of Zamfara State Police Command, Mohammed Shehu said the Police are yet to ascertain the number of casualties.

He also said that the Police were not alerted on time, he however said that some operatives engaged the bandits and killed some during the gun battle. He said that one Policeman lost his life in the shootout.

“As the bandits left Tofa on their way to Samawa village for similar attack, the Police Tactical operatives stationed at Samawa village were quickly alerted where they mobilized and engaged the assailants in a serious gun battle that lasted for hours.”

“As a result of the encounter, unspecified number of bandits were killed, while others escaped with possible gunshot wounds. No loss of life from the community in Samawa, but regrettably, a police operative paid the supreme price during the gun battle with the bandits, “Shehu said.