Making the disclosure via a statement, on Friday, the Coordinator Defence Media Operations Defence Headquarters, Major General John Enenche explained that the gallant troops of the Nigerian Army, after having been tipped off, stormed the scene and opened fire on the terrorists.

The effective firepower from the gallant troops made the armed bandits abandon their devilish mission and took to their heels through the bush at the scene.

The statement reads, “Sequel to actionable Human Intelligence on the activities of armed bandits between Olams and Alheri camp along the Abuja-Kaduna expressway, troops promptly deployed to the scene and engaged the bandits with effective firepower.”

“As troops engaged the bandits, passengers in the targeted vehicle, a Toyota Hiace Bus with registration number Lagos MUS-944FR travelling from Abuja to Kaduna, managed to escape in various directions into the surrounding bushes.

“However, the gallant troops, adopting an aggressive posture, pursued the bandits deep into the forest and inflicted fatal injuries on them while also exhibiting the requisite composure in recovering all the passengers who escaped into the bush during the encounter.

“Currently, troops are exploiting the general area of the incident, in search of the fleeing bandits with express orders to bring them into custody while aggressive patrols are underway along the axis.
” It is also important to state that all passengers in the targeted vehicle have been accounted for, the statement said.

He stated further that the Military High Command commends the gallant troops of the Operation ‘Thunder Strike’ for foiling the attack of the bandits and for ensuring the safety of the people.

He also calmed travellers and ensured them of their safety while travelling along the Abuja-Kaduna expressway. 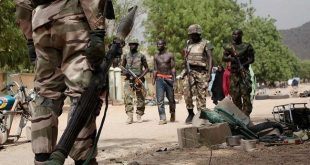 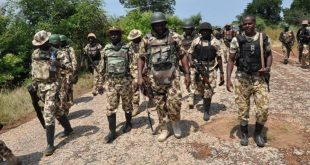 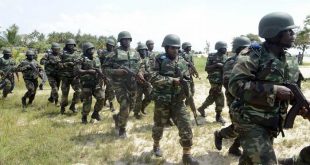