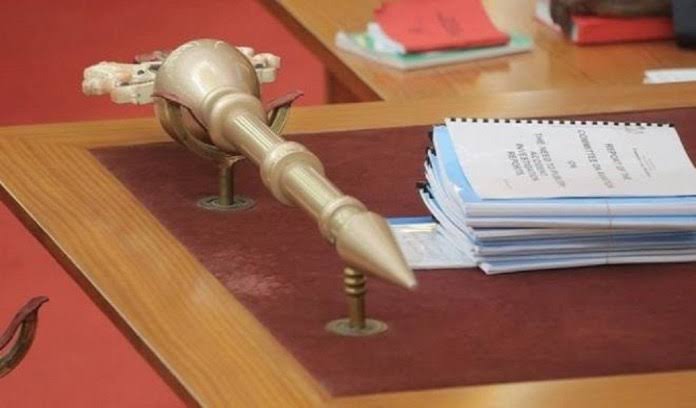 An Argentinian MP has resigned after cavorting with his girlfriend during a virtual session of Congress, pulling down her top to kiss her breast.

Juan Emilio Ameri, 47, shocked fellow lawmakers by sitting through parts of the on-camera session being played on a giant screen in parliament with a woman on his lap, snuggling her as he pulled her close.

In a shocking scene that quickly went viral, he then stared at her breasts, and pulled down the right side of her vest to expose, and kissed it.

House president Sergio Massa interrupted the session to report a serious offense,” and the disgraced lawmaker from the northeastern province of Salta was immediately suspended for 180 days.

Ameri later told Todo Noticias (TN) in a tearful interview that he had resigned.

He said, “It was serious, really. I take responsibility. I’m very ashamed,” he told TN.

The politician claimed he thought he was off-camera because his internet had gone down and admitted he could not keep his hands off his girlfriend because she had recently had a breast enhancement.