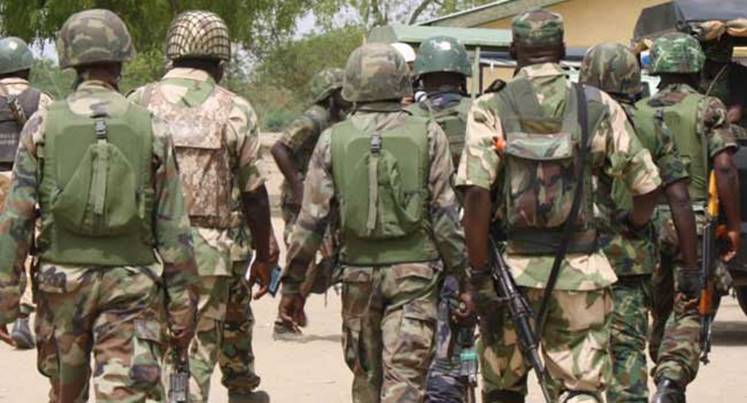 It was reported that a soldier allegedly shot a power bike rider that refused to stop for proper identification.

The rider, identified as Joseph Pessu, was flagged down by the soldiers along the Ugbuwangue axis of the NPA Expressway Warri, Delta state but he refused to stop and was given a hot chase by the soldiers.

Annoyed by his actions, a soldier aimed and shot Joseph, the father of two kids to death. According to a source Joseph, who was putting on white shirt and red trousers, was drenched in blood and was taken to the Police Area Command, Warri, by sympathizers.

Speaking on the incident, a man who preferred to be anonymous said, “An Army officer just shot one man in Ugbuwangue. He was riding a power bike and they tried to stop him, but he refused. One of the soldiers shot him. He died instantly”. He then added that youths of the area flocked the street and expressway in protest of the incidence.

Timely intervention was made by the chairman of Warri South council area, Dr. Michael Tidi, Chief Vincent Okudolor (political leader in the locality) and the Warri Area Commander to appease to the people to stay calm.

Speaking on the issue, State Commissioner of Police, Hafiz Inuwa, confirmed the development and said, “If not for the Area Commander Warri, some people would have protested. He quickly moved in and doused the brewing tension,”.