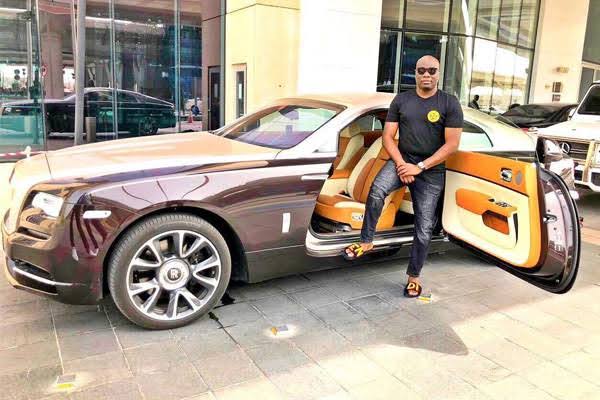 Mompha threatens EFCC, speaks from hiding after being declared wanted by EFCC

Mompha threatens EFCC, speaks from hiding after being declared wanted by EFCC

Nigerian Socialite, Ismaila Mustapha, popularly known as Mompha, has reacted to the Red Notice against him by the Economic and Financial Crimes Commission (EFCC).

In a lengthy post by the social media celebrity, he explained that he was not guilty of the charges laid on him but had been blackmailed on several occasions by the EFCC with the motive of extorting money from him.

He further explained that he was not wanted by the EFCC, but had been issued a bench warrant by the court.

Mompha wrote, “The fact that I was never absent in court revoked my bail, but fortunately, the Judge again released me on a temporary basis and I was asked to appear in court a week after. All these facts, especially the blackmail and intimidation by the EFCC, made me come to the conclusion that I cannot get justice within this corrupt laden system as the EFCC was hell-bent on extorting money from me for a crime I never committed, as well as the Judge who was ready to send me back to prison custody without any evidence or basis.

“More importantly, to show the EFCC is a charade, the so-called Nappy I was alleged to have engaged in fraudulent activities with was never declared wanted. The EFCC extorted money, cars and landed properties from Nappy, but rather declared me wanted to generate cheap publicity.

“Finally, it was obvious entering the plea bargain with the EFCC, which they wanted to force me into at all cost, means I would be convicted for a crime I did not commit and, therefore, become an ex-convict. This is what EFCC set out to achieve with me to enable them to generate more social media publicity; hence the desperation in falsely declaring me wanted and misleading the public.

“I want the general public to know I am not wanted by the EFCC, but rather the court issued a bench warrant for my production in court on the next court sitting. I didn’t steal from anyone or involve in any money laundering. I still don’t know why the EFCC are so jobless that they want to tarnish my image. Last last, na international court go settle this matter @officialefcc.”

Share
Mompha threatens EFCC, speaks from hiding after being declared wanted Previous post
Killer of jobseeker Iniubong Umoren attempts to escape after he was sentenced to death Next post