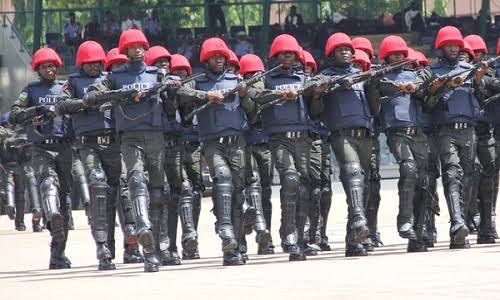 Nigerian Police Train another set of personnel in Counter Terrorsim

As part of efforts to combat the rising terror attacks in the country, no fewer than 324 personnel have been trained on explosives techniques by the Explosives Ordinance Disposal-Chemical Biological Radiological Nuclear (EOD-CBRN) Command of the Nigeria Police Force.

Addressing the 324 auxiliary personnel at the Police Mobile Force Training College, Ende Hills in Nasarawa Eggon LGA of Nasarawa State on Thursday, the Inspector General of Police, Mr Usman Baba, charged the trainees to use the knowledge acquired to tackle the menace of insecurity.

The IGP, who was represented by the Assistant Inspector General of Police in charge of Federal Operations Department, Force Headquarters, Mr Bala Ciroma, said the training was aimed at enhancing and reinvigorating EOD-CBRN’s operations across the nation.

Earlier, the Commissioner of Police in charge of EODD-CBRN, Mr Zannah Shettima, warned the operatives to shun corrupt practices and display high sense of professionalism.

On his part, the Director, Peacekeeping and Coordinator, Police Special Force, Assistant Commissioner of Police Augustine Mose-Jagaba, expressed worry that insurgents were leveraging explosives and other weapons.