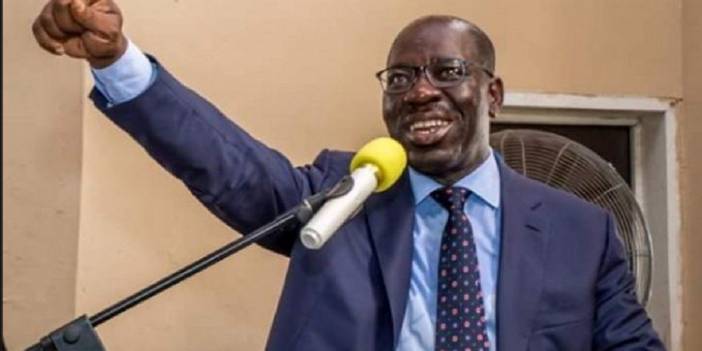 Governor Godwin Obaseki has boasted that nothing will stop him from emerging as Governor of Edo State, ahead of the Governorship election in the State.

Obaseki spoke as a guest on a Channels TV’s Sunrise Daily on Wednesday.

According to him, no one can stop him because only God gives power.

“I am not a violent person. But I am confident that the way I got into power is the same way I will return.

“God gave me power. If he wants me to return, I will continue. No man can stop me. Power comes from God.”

The governor also rubbished claims that he used the resources of the people of Edo State to become governor.

“I have friends with resources. I worked for eight years behind the scene before I became governor.

“So all that insinuations about using somebody’s resources is not true. I became Governor on the platform of the party and I am grateful for it.

“It does not matter whether it is direct or indirect (primaries), I will win.”

Recall that Pastor Osagie Ize-Iyamu has been endorsed as the consensus candidate of the All Progressives Congress, APC in Edo State.

Ize-Iyamu is believed to be loyal to the National Chairman of the party, Comrade Adams Oshiomhole who has been at loggerheads with Governor Obaseki.