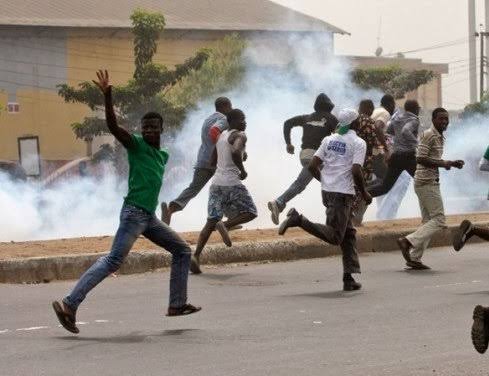 The operatives of the Lagos State Police Command from Okokomaiko Division of the State came under attack at Alaba Rago Market during an operation to effect arrest of a suspect.

Spokesperson for the Command, SP Benjamin Hundeyin, who took his Twitter handle on Tuesday, revealed that the Policemen came under heavy attack from a large number of traders, who resisted the arrest of one of them.

He wrote: “Policemen of Okokomaiko Division today went into Alaba Rago Market to effect arrest of a suspect but came under heavy attack from a large number of traders.

“In a bid to tactically retreat from the armed mob attack, one of the officers fired his weapon, resulting in fatal injury to one of the attackers.”

The PPRO, however, added that a detailed investigation has commenced into the immediate and remote causes of the incident.