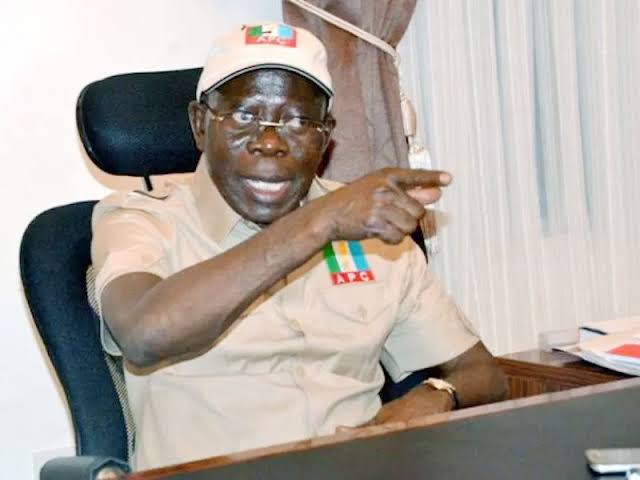 Peter Obi: I will come after Obi-dients if they come after me – Oshiomhole

Peter Obi: I will come after Obi-dients if they come after me – Oshiomhole

Oshiomole made this assertion while speaking in an interview on The Morning Show of Arise News on Wednesday.

The former APC national chairman had argued that most of the presidential candidates, who had spoken have not sufficiently, in most cases, addressed how they are going to address the issues that Nigeria is confronted with as a nation.

Oshiomole singled Obi out, saying the Labour Party candidate got away with intriguing several intriguing questions put across to him.

He noted that there is no particular benefit in rushing out what you want to do, saying, “Those who have rushed out what they want to how much have they done expatiating on how they are going to do it.”

Oshiomole said he did not have the benefit of the current smartphones during his time as non-state actor, when he interrogated and fought with power on the side of the people.

Meanwhile, Oshiomole said time will tell if the Obi-dients were really obedient in the political process of Nigeria.

“This Obi-dients of disobidience time will tell. We now live in a world where we can have ten young men and women in one room, whether motivated or not motivated and they can churn out 1 million stories using different names. You need to find out that this whole thing is being done in one room. Time will tell.

“What has changed? My dear friend Obi, a former colleague was a vice presidential candidate, how come people massively disobeyed the ticket? What has changed now that you think they will be obedient?

“Slogans are nice, but real issues are probably nicer and I am looking forward to the campaign stage, where we have to address the issue of how, because too many of us in politics get away with so many things,” he said.