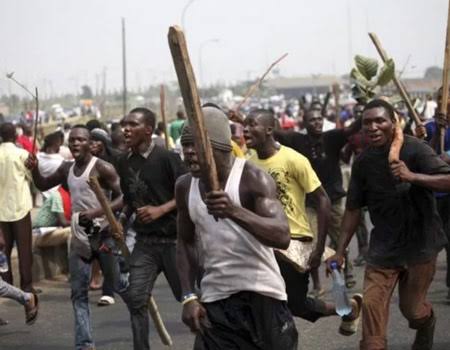 Police officers on “stop and search duty” attacked by hoodlums

Police officers on “stop and search duty” attacked by hoodlums

The Abia State Police command has debunked reports of an attack on the State Criminal Investigation Department, SCID, in Umuahia, as false.

There are reports making the rounds that gunmen on Wednesday evening, invaded the facility located along Uzuakoli road in Umuahia. The reports also alleged that the armoury was invaded and three policemen injured.

However,the Police Public Relations Officer, Abia State Command, SP Geoffrey Ogbonna, told Vanguard that the hoodlums only attacked policemen who were on stop and search duty in the area.

He disclosed that two police were injured in the incident, but added that the hoodlums never invaded the SCID.

The PPRO insisted that there was no attack on the facility as speculated.

“The attack was on policemen carrying out stop and search duty in the area, not on the facility. Two policemen were injured. There is no arrest yet,” the PPRO said.

The state CID was last year attacked by unknown gunmen who burnt the facility and released detainees.