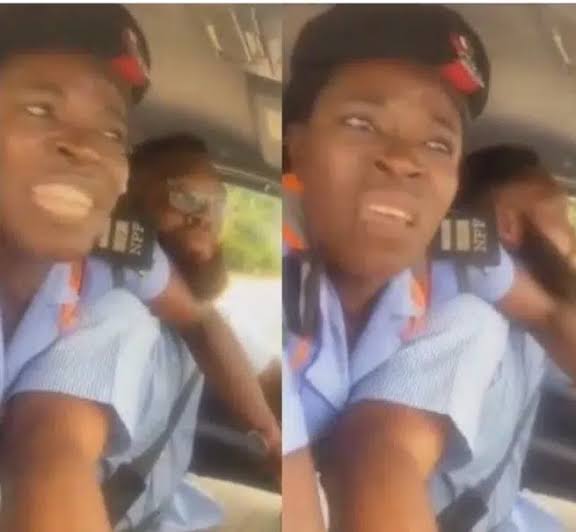 The Lagos State Police Command has responded to a viral video circulating on the social media in which a female officer was seen begging for help in a moving vehicle with a driver.

In the video, which has since generated reactions online, the female police officer was seen dragging the steering wheel with the driver of the car.

She was heard begging the driver to let her out of the car.

“Help me, they are carrying me to where I don’t know,” she said.

According to reports, the officer jumped into the moving vehicle in an attempt to stop the driver.

However, reacting, Lagos Command Spokesperson, SP Benjamin Hundeyin said irrespective of unprofessional conduct by the officer, kidnapping an officer on duty is a felony.

He noted that an investigation has begun into the incident even as he declared the driver a suspect.

On his official Twitter page, the Lagos PPRO wrote: “Irrespective, I repeat, irrespective of whatever the police officer must have done (un)professionally, kidnapping anyone, especially a law enforcement officer on duty, is a felony.

“This man is already a suspect. Investigation has commenced.”