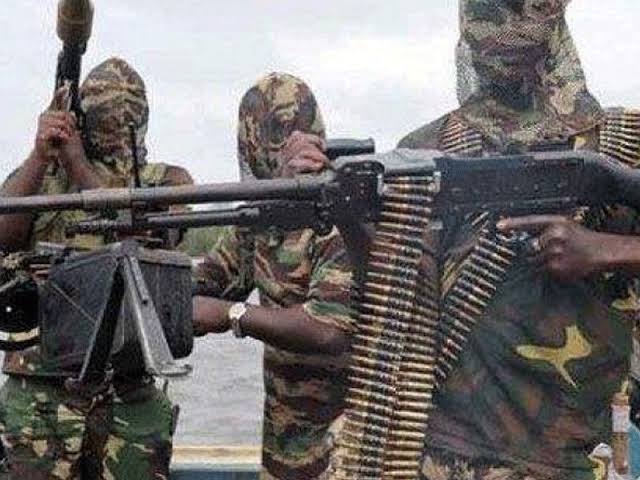 An unidentified Policeman was killed by unknown gunmen at Onueke market in Ezza South Local Government Area of Ebonyi State.

It was gathered that the incident occurred on Tuesday, April 27, 2021, at about 2pm in the afternoon.

Also, the gunmen stormed a popular commercial bank located at Onueke market. It was alleged that they carted away an undisclosed amount of money and shot 3 civilian dead during the operation.

An eyewitness who spoke on the condition of anonymity said that the gunmen set a vehicle ablaze.

The Policeman who was shot dead by the gunmen was said to have been trying to repel the armed robbers who held the town for up to an hour.

The hoodlums were said to have first attacked the home of native doctor identified as Azuoba, near the ongoing airport project of Ebonyi State Government, where they allegedly damaged vehicles and other property in his compound.

Thereafter they trailed another person to a commercial bank and shot him dead. The deceased was said to have gone to the bank to deposit some many when the shooting occurred.

The armed robbers according to sources reportedly robbed a beer parlour, a fuel station and a Pos operator.

He, however, said the robbery had nothing to do with the proscribed Indigenous People of Biafra, IPOB.