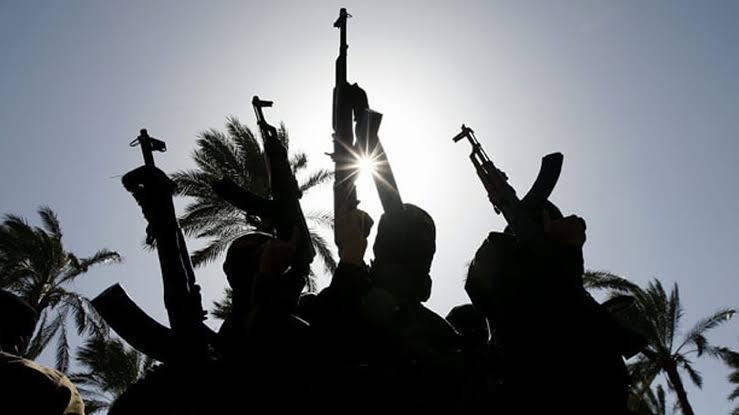 Bandits have reportedly imposed a “compensation levy” of varying amounts on some communities in Zurmi LGA of Zamfara.

According to The Cable, Aliyu Buhari, a resident of Moriki, one of the communities in Zurmi LGA, said the bandits had, through released captives, demanded that they be paid the levy before residents will be allowed access to their farmlands.

Buhari said some communities have paid and agreed on a reconciliation deal with the bandits, adding that residents of Moriki are currently working on raising the levy.

“People living in Moriki ward in Zurmi LGA were asked to pay the sum of N20 million to be able to enjoy some level of peace,” he said.

“Recently, two people were kidnapped from Dauran community in Zurmi LGA and a ransom was paid for their release, while in Kanwa, over 40 people who are mostly women were abducted during a house-to-house search by the terrorists.

“The bandits are yet to demand any ransom for the release of the abducted persons.

“The bandits had earlier imposed a compensation levy of N20 million on Kanwa community. The levy is to serve as a peace deal between the terrorists and the community.

“Despite paying the levy, the residents are currently in tension as they believe that the recent mass abduction may lead to another levy.”

“Currently, people of Moriki community are processing how to contribute the compensation fee. The fee is to enable them to access their farmlands and live peacefully without any fear of attack,” Buhari continued.

“Many communities have already paid the compensation fee. Most of them yielded during the rainy season when farmers needed to work on their farmlands.

“In Moriki, during the rainy season, people were allowed to farm but they started to threaten our peace when it was time to harvest our farm produce.

“Each household in Moriki has been asked to contribute N6,500 to make up the N20 million levy.

“I understand that the deadline for the payment was last week Saturday, but the community is still working towards sourcing the money.

“Some communities that have been asked to pay compensation levy include Gidan Shaho, Kadamutsa, and Dada.”

Suleiman Mahmud, a resident of Zurmi who also spoke on the development, said about 10 communities were asked to pay levies of different amounts.

He added that some have paid, while others are yet to raise the money.

“In Moriki community, they were asked to pay N20 million. The residents have resolved to pay, but I am not sure if it has been delivered to the terrorists,” he said.

“They usually inform people of any community they attack about their demands. They either inform a freed captive or deliver the message whenever they attack communities.

“Ever since they agreed on paying a reconciliation levy in July, they have not attacked people of Moriki and the people have been going about their affairs.

“Last week, two residents were kidnapped from their farmlands, while one person was killed around Dauran area.

“Some of the communities that have agreed on a peace deal and have paid the compensation levy include Kwagwami, Boko, Jaya, Dunfawa, and Gidan Goga.

“The communities are about 10 in Zurmi LGA. Like Kanwa, they imposed N20 million; Jaya, N17 million; Moriki, N20 million, while Kwagwami, N6.5 million.”

Mahmud also said some residents of Kwagwami were kidnapped recently, adding that the abductees are still in captivity, except the district head who has been freed.