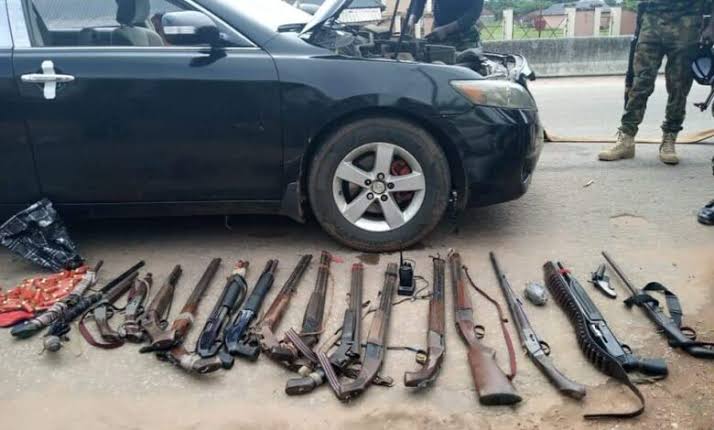 The Nigerian Army has said troops of 34 Brigade have captured a cache of arms and ammunition belonging to elements of the Indigenous People of Biafra (IPOB) and its armed affiliate, Eastern Security Network(ESN), after a crossfire with the outlawed group at Amaifeke-Akkatta Road in Orlu Local Government Area of Imo State.

He said the weapons were concealed in a black Toyota Camry.

He said that after a thorough search, other items recovered are; a sachet of Improvised Explosive Device (IED) and a Toyota Camry saloon car.

The Army commended members of the public for their continued support of the military and security agencies.

They also vowed to “protect the citizens from atrocious activities of the outlawed dissident groups, who in defiance of law and good order, have annihilated innocent Ndigbo and other Nigerians, in their enforcement of an illegal sit-at-home order, foisted on the good people of the South East.”

It urged all to continue to provide timely and credible information in support of ongoing operations to restore peace and security in the South East and other troubled parts of the country.