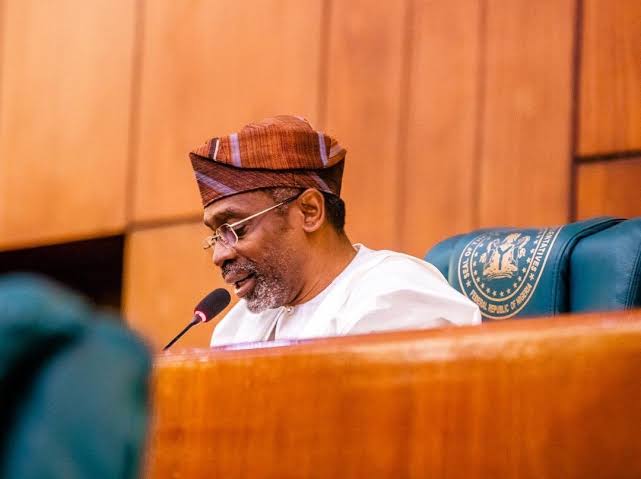 The House of Representatives, Abuja, has condemned the gruesome killing of one Mr Ejike Egwu, Chukwuemeka Benjamin Ajah and numerous others whose lives were cut short by bandits, terrorists and unauthorized armed men terrorizing Amaeze Community of Ishiagu, Ivo LGA of Ebonyi State.

It called on the Inspector General of Police, The Chief of Army Staff and Commandant of the the Nigeria Security and Civil Defence Corps to set up a joint patrol team to comb the farmland and forests to rout out bandits, terrorists and unauthorized armed men killing farmers, inflicting untold pains and imposing a climate of fear on the people and rural dwellers in Amaeze Community in Ishiagu, Ivo LGA, Ebonyi State.

The House also Mandated its Committees on Police Affairs, Army and Interior to ensure compliance.

The resolutions of the House was passed sequel to a motion of urgent public importance on a “The Brutal Killing Oo Mr Ejike Egwu And Numerous Others By Killers And Terrorists Ravaging Farmlands And Rural Communities In Amaeze Community Of Ishiagu, Ivo LGA, Of Ebonyi State”, brought by Hon. Makwe Livinus Makwe:

The motion recalls that on Monday November 28, 2022, about eight (8) men, reasonably suspected to be bandits, armed with Ak-47 assault rifles invaded Ngada Amaeze Community farmland in Ishiagu, Ivo LGA, of Ebonyi State, shooting and killing peaceful, innocent farmers between the hours of 2 and 2.30 pm.

“In the attack, Mr Ejike Egwu was killed on the spot and his body set ablaze, while Mr Onyekachi Nwaeni sustained severe, life threatening gunshot wounds and has been lying critically ill at the intensive care unit of the hospital where he was rushed to after the attack. Others, Messrs. Benard Ajah, Nwachukwu Promise and Chibuzor Aroh, who escaped with various degrees of injuries are receiving treatment in a local hospital.

In moving the motion, Hon. Makwe further noted that this coldblooded murder and attack on farmers and rural dwellers in Amaeze Community in Ishiagu, Ivo LGA, Ebonyi State by these killers has gone on unchallenged, heightened and become incessant in the last 2 years, given that on January 9, 2022, the trio of Messrs Orji Anthony, Ogonna (both from Amaeze community) and Ajah Uka (from Ihietutu community), were shot and their bodies butchered and littered all over Amaeze Farm road.

He said: “Again on May 18, 2022, Mr Chukwuemeka Benjamin Ajah was gruesomely murdered and his colleague Mr Ogbonnaya Ngwoke critically injured in their farms. Before then, in Septemeber 2020, Miss Nwada Chinenye was attacked and butchered with knife, with one of her arms almost cut off from her body.

“Worried that the incessant attacks on farmers and murder of rural dwellers and residents of Amaeze community have left the families of the bereaved with aged parents, jobless wives and underaged children with no means of fending for themselves.

According to him, “Ishiagu communities, which Amaeze is one, being generally agrarian communities that depend on agriculture, incessant invasion, killings and displacement of the people by bandits and bare-faced murderers, have deprived the people of their source of livelihood, pushed rural dwellers to abject poverty and, generally, engendered a climate of fear and insecurity such that the people can no longer go to their farms to farm freely.”

In adopting the motion, the Lawmakers are deeply worried, that in all these killings, the security forces, particularly the police and the military have not been proactive in nipping the attacks in the bud through intelligence gathering, timeous deployment and prompt intervention.

The House accordingly called on the Chief of Army Staff to set up a military checkpoint at Amaeze-Expressway Road, Amaeze, Ishiagu, Ivo LGA, Ebonyi State, as the House observed a one-minute silence in respect of Mr Ejike Egwu and others killed in their farms and Amaeze rural community.