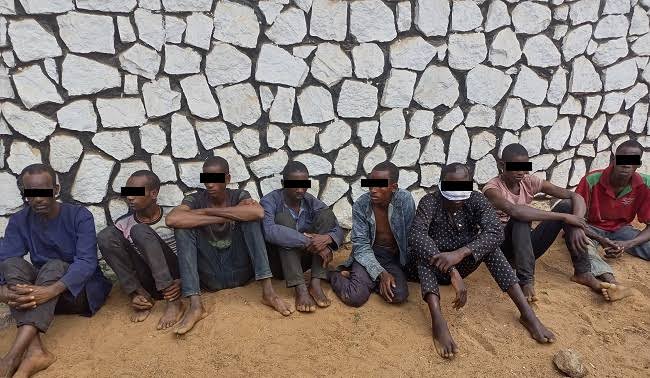 No fewer than three notorious kidnapers and suspected cattle rustlers in Kwara State were killed in a gun duel with men and officers of the state Police command last weekend in Bode Sadu community, Moro local government area of the state.

In the same development, total of nine suspected kidnappers were also arrested after a gun duel with Policemen in their hideouts inside a thick forest of Eyenkorin, Asa local government area and Bode Sadu, Moro local government area, while some suspects escaped with bullets injuries.

Speaking with journalists in Ilorin on Monday, the state commissioner of Police, Paul Odama, said that the suspects were arrested with exhibits such as three locally made guns, and 10 cartridges, among other weapons.

“On the 22/1/2023 at about 0900HRS an intelligence available to the Divisional Police Officer, Bode Sadu to the effect that suspected kidnappers were in the bush along Balogun area, Bode Sadu in preparation to strike.

“The DPO mobilized vigilantes, hunters and policemen, stormed the bush and they engaged the kidnappers. During exchange of gunfire, three of the kidnappers were neutralized while two suspects Lagi Bala “Male” and Iliasu Idris “Male” were arrested with three locally made guns.

“The arrested suspects confessed to be kidnappers and cattle rustlers. They also confessed to be responsible for the series of kidnapping cases in Malete and Shao area of Kwara state.

The names of the neutralized members of the gang are; Bala Idris ”Male”, Hassan Idris “Male”, and Baso Idris “Male”.

”Investigation is ongoing to arrest the remaining members of the kidnapping gang, while the two arrested suspects would be charged to court as soon as investigation is concluded,” the Police boss said.

“Similarly, on 21/1/2023 at about 1400HRS, the divisional Police officer of Eiyenkorin Division, with vigilante and local hunters in carrying out the directive of the commissioner of Police regarding a zero tolerance for kidnapping, they stormed the Eyenkorin thick forest to search the hide-outs of kidnappers.

“In the shooting encounter with the suspected kidnappers sighted in the bush, some suspects escaped with bullets injuries, while some were arrested.

“At about 1600HRS of 21/01/2023, information was received that one suspected Fulani man was seen with bullet wounds inside the bush within Eyenkorin, policeman traced and arrested the suspect, during interrogation the suspect confessed to be a member of a kidnapping syndicate that specializes in kidnapping people around Eyenkorin, Oko-olowo axis.

He mentioned one Alhaji Anta now at large as the leader of the gang, other suspects arrested include (1) Buga Ali “Male” (2) Suleiman ISSAH ‘M’ AGE 20Years (3) AMINU BELLO ‘Male’ (4) SULEMAN BILIYAH ‘Male’ AGE:21YRS (5) YAHAHA ADAM ‘Male’ AGE: 20YRS they will all be charged to court as soon as investigation is over.

“In another successful operation based on an actionable intelligence that some suspected kidnappers who were believed to be responsible for kidnapping around the axis were sighted, the Police quickly mobilized vigilante and local hunters and headed to the area.

“Two of the kidnappers by name (1) Yau Alhaji Anta (2) Idris Alhaji Anta were arrested. The suspects confessed to be responsible for the kidnap of the two kidnapped victims in Oluwalose community, Oko-olowo, one Alhaji Tunde Buhari and one Muhammed Mecho.

“When brought together, the victim identified one of the suspects as one of his abductors. The suspects would soon be charged to court after investigation.”

In a case of criminal trespass and theft, the Police boss said that the command have arrested two suspects for theft of motorcycles.

“On his way back, he discovered that his motorcycle has been stolen from where it was parked. Concerted efforts by the Police led to the arrest and recovery of the stolen motorcycle. Suspect would soon be charged to court.

“In another case of theft, on 20/01/2023, one Emmanual Joshua “Male” of Ajelanwa phase one Zango Ilorin parked his TVS Motorcycle with Reg. NO. AFN 752 VD valued sum of N700,000.00 in is house at aforementioned address, one Issah Shuaib ‘M’ at about 0400HRS of 21/01/2023 destroyed the toilet window of the complainant’s house and carted away the said motorcycle.

“The said motorcycle was tracked and traced to the suspect possession at Oke-Ose by the policemen where he has dismantled the stolen motorcycle. Suspect was arrested and would soon be charged to court.

“This is to warn would-be criminals of whatever nomenclature that the command is all out to see that they are rounded up and sent to where they belong, Kwara State is a state of harmony, the command would do everything to maintain and sustain the name”. 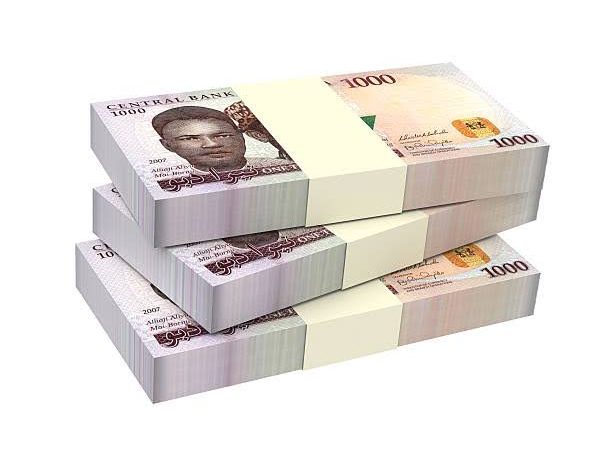