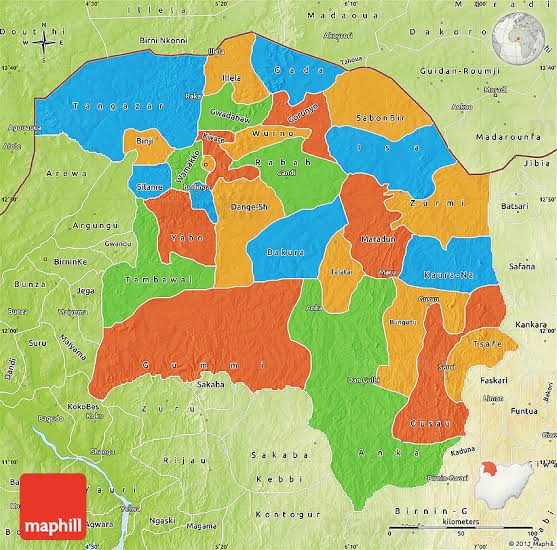 No fewer than 12 persons lost their lives while attempting to rescue an abductee at Illela Amarawa in Illela Local Government Area of Sokoto state on Monday.

Newsmen learnt that gunmen suspected to be bandits came to the area around 2am and picked up Alhaji Rabi’u Amarawa, a popular businessman.

It was said that members of his family had alerted the vigilantes who mobilized and chased the bandits in a bid to rescue the abductee.

Report says the bandits had opened fire on them, resulting in the death of 12 persons, including the brother of the businessman.

“The kidnapped businessman is my uncle and two of my cousins were killed during the fight. We just buried ten persons,” a resident, who craved anonymity, told newsmen.

“They only came straight to his house and picked him as if he was their only target. The area which is less than a kilometer to the Illela town is now calm and quite because we are in a mourning mood.”

The spokesman of the Sokoto Police Command, ASP Sanusi Abubakar, while confirming the incident said there was heavy casualty because residents did not involve the police before going after the gunmen.

He, however, said investigation was ongoing, adding that they had deployed five units, each comprising 63 well armed policemen to areas prone to banditry in the state.

He said, “We just launched Operation Puff Ader II and the state government has given us 15 operation vehicles out of the 80 the Governor promised us and all were deployed to those area.

“And we sent five units and each unit is comprising of 63 policemen to protect those communities,” Abubakar concluded.