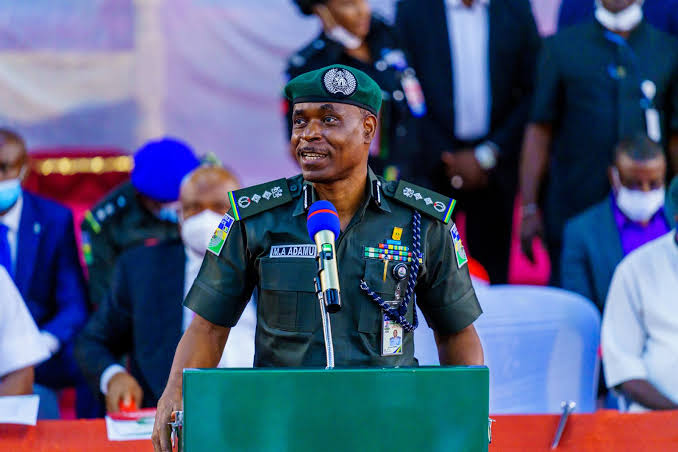 The outgoing Inspector-General of Police, Mohammed Adamu, on Tuesday, ordered his men to go after those who attacked the Imo State Police Headquarters and a correctional facility located in Okigwe in Imo State.

CRIMECHANNELS gathered that Adamu said this on Tuesday, when he visited Imo State to inspect the level of damages done by the hoodlums.

He disclosed that there will be no place to hide for members of the proscribe Indigenous people of Biafra who he insisted were the ones responsible for the attack on the correctional facility.

Adamu said, “We will go after them wherever they are hiding. Whether in their homes and forest, we are determined to fish them out.”

“I have instructed my men to use maximum force with the guns available to us. We have the authority to defend the country, which they don’t have.”

“We will not allow these criminals to succeed.”

He further encouraged Police officers not to be deterred by what’s going on in the state, but to fight on using what ever resources are available to them.