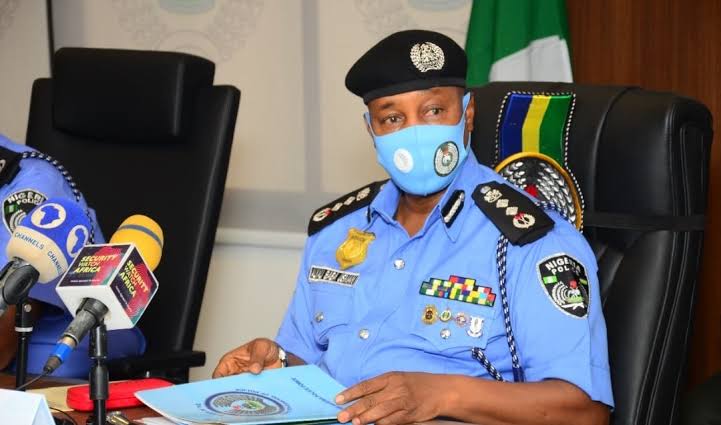 Worry over expected retirement of IGP, DIGs, AIGs, CPs, others as 2023 election draw near

Worry over expected retirement of IGP, DIGs, AIGs, CPs, others as 2023 election draw near

With the general election few weeks away, the expected retirement of top officers in the police force is reportedly creating a prevading anxiety within the country.

The Daily Sun reported that the retirement of close to 50 policemen in one fell swoop, including the IGP and 16 AIGs, at a period of elections, has become a serious concern for the authorities, especially the Independent National Electoral Commission (INEC).

“There are fears over security during the general election as the full compliments of police personnel is needed nationwide in February when the presidential and National Assembly elections hold as well as March, when the governorship and state Houses of Assembly election will take place,” a source said.

It was gathered that before IGP’s statutory retirement in March, three DIGs are expected to leave the force this month as they reach their retirement age.

Sources in the police revealed that among those expected to retire are Mobile Squadron Commander and Area Commanders, and Divisional Police Officers (DPOs). Usually, such police officers get strategic postings during elections owing to their critical positions, it was gathered.

When contacted on the expected mass retirement in the police, an official of INEC, who does not want his name in print, said the commission was focusing on organising credible elections while leaving such matters as security to be handled by those concerned.

On whether he was afraid that mass retirement in the police may affect election security, he said: “I should think that the Federal government knows what to do.”

While it was not clear what the Police Service Commission (PSC) and Ministry of Police Affairs would recommend to President Muhammadu Buhari, regarding the expected retirement of the IGP and others at this critical time, some retired police officers said the option of service extension till after the elections could be explored.

A former IGP said the officers could get an extension in the circumstance. According to him, the officers due for retirement should be given three months extension for effective monitoring of the elections.

Justifying his recommendation for extension, he said: “The Civil Service Rules say a civil servant is due for retirement after serving 35 years or after attaining 60 years of age, but the President has the prerogative to extend anybody’s tenure.”

A retired DIG from the North, who pleaded anonymity, said it would be the first time such large number of police officers would go on retirement at the same period, which makes it imperative that “at such critical period, as during national elections, the president could grant an extension. It is not about the people who are to retire, but for national security. We need all the policemen to be around during elections,” he said.

A retired AIG, on his part, said: “I fear that effective monitoring of the elections may be affected if such number is allowed to go at this crucial period of the elections. It is not possible to fill the vacuum immediately.”

A Commissioner at the PSC, who declined to be named, said as a responsible body made up of experienced people, the PSC would not be against extension of the service period of IGP and the officers concerned.

“If the IGP feels that the large number of the officers due for retirement will affect effective monitoring of the elections, let him write to the President for their extension. For the IGP, it is the Presidency that will determine his fate. We (PSC) have no objection to whatever that would be done to maintain stability and security, “ he said.